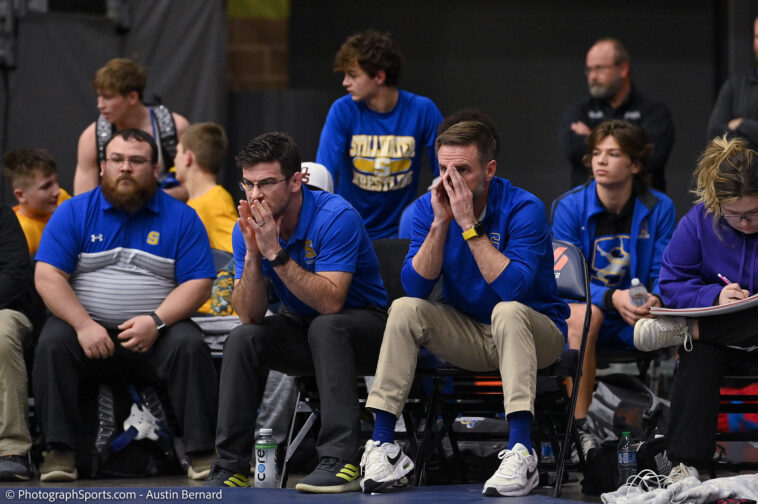 The team race was decided pretty early in 6A and all eyes shifted to the highly anticipated matchup at 160 between Jordan Williams and Angelo Ferrari.

The match didn’t disappoint. The two exchanged and defended shots throughout the match with both unable to score. Both got escapes when they started the period on bottom and the match went to overtime tied 1-1. No one scored in the sudden victory and the match went to tiebreakers. Ferrari was able to get away then ride out Williams on his way to the win and 160-pound title.

Stillwater crowned four champions as Cael Hughes won his third state title at 126, LaDarion Lockett won his first at 145, and Angelo Ferrari and Kael Voinovich both won their first titles in Oklahoma at 152 and 160. This was the first year Stillwater won both the OSSAA Dual State and Team State title in the same season.

Edmond North bounced back from getting knocked off by Bixby at dual state by taking the second place trophy and finishing with two champions, Hunter Hollingsworth(120) and Jaxon Randall(170).