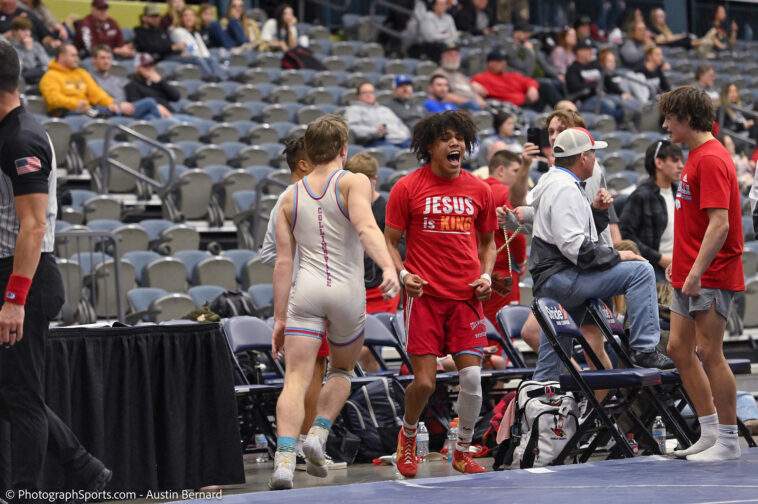 The girls and 3A team race had a bit of intrigue and excitement, but 4A, 5A, and 6A all had solid favorites and all went as expected.

Collinsville crowned seven champions and lapped the rest of the field finishing with 185 team points next to Guthrie’s second-place finish with 86.

The biggest storyline in 5A was Cameron Steed and his shot at his fourth state title. It was never really in doubt as Steed picked up three first-period falls en route to the title, etching his name among the greats in Oklahoma High School Wrestling history.

Canon Acklin, Gerald Harris, Hudson Henslick, Cole Brooks, Drake Acklin, and Braden Gilkey all won titles as well, which is believed to be a school record for Collinsville.

Guthrie won the battle for second and finished as runners up here as they did at dual state. They crowned two champions with Eli Kirk at 120 and Hayden Simpson at 220.

Interviews with Steed and other 5A wrestlers here: