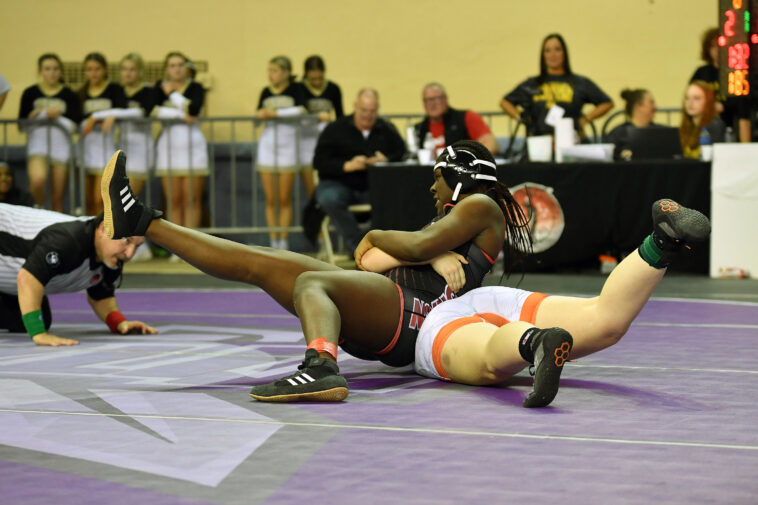 Girls’ wrestling in the state of Oklahoma is booming. The number of regional entries was up close to 350 from about 200 last season and seems to be on a continued upward trend.

We’ve now officially got our second group of state placers and champions along with a new school holding the team title.

Bixby, with just four girls in the tournament broke into an early lead after putting three in the finals, but Tulsa Union with their strength in their upper weights added three of their own. And with just Chanelle Aurburg(120), Kali Hayden(185), and Azreal Smith(235) scoring points, their three finalists and all of their bonus points pushed Union to a 54-48 lead heading into the finals that they would never relinquish.

Bixby won one final to close the gap, but pins at 185 and 235 for Union separated the score even more and gave them the title with 60 points over runners up Bixby who finished with 52.