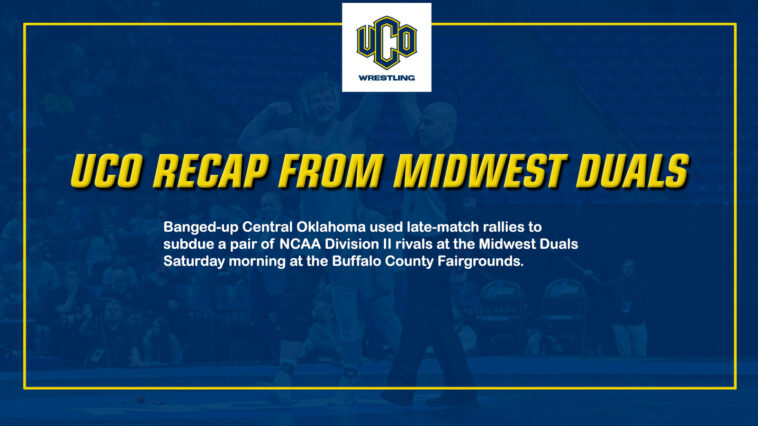 The top-ranked Bronchos scored four straight bonus-point wins to turn a precarious 14-10 lead into a 35-10 romp over the Mountaineers in the opener, then won the final four matches again in overcoming a 13-10 deficit for a 25-12 triumph over Chadron State.

UCO, now 9-1 and winners of 28 of its last 29 duals, used five backups against Western Colorado and was without four starters in the Chadron win.

“We’ve got a few guys dealing with some nagging injuries, but thankfully our depth is pretty good and we were able to handle it,” head coach Todd Steidley said. “We had a few guys step up and get some bonus wins in crucial situations, which was important.

“Overall we didn’t wrestle great, but we got the job done. There’s a lot of things we need to work on and our guys know that.”