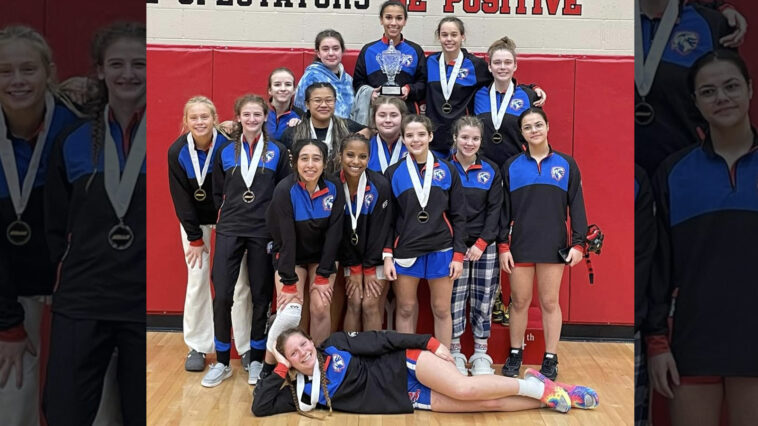 What a difference a year makes! After the conference tournament last year the Moore Lady Lions won, there were no award to hand out, no team trophies, no outstanding wrestler awards for the girls.

Most felt like it wasn’t fair that they didn’t get the same as the boys.

Most girls and parents want equality not different.

I want the same for my daughter not an advantage. I have the mindset that my daughter is a WRESTLER when she steps on the mat, this equal to the boys. There was a hashtag and shirts printed out. The hashtag was plain and simple #wrestleforequality

What a concept, equality!

Fast forward to this year, the tournament was split from the boys and into its own tournament.  Yukon hosted the 2023 COAC Conference Tournament and this show cased some of the best girls on the west side of the state.

The Moore Lady Lions won the COAC team championship for the third year in a row.

WestMoore had a great showing and came in second followed by a third place tie between Edmond North and The host Yukon Lady Miller’s.

This was a well ran tournament that was put on for the girls and they were able to be front and center and showcase there skills.

Smith got the early takedown and worked a barb wire, Widner did a good job of fighting it off and got out of the first.

Widner chose neutral and after some back and forth and Smith attempting 2 singles that ended up in stalemates Smith was able the get a takedown.

Smith went to work and quickly ran a wing and half to score the fall at 3:31.

Smith who had a great win in the semis over the previously undefeated Abbie Rivero of Stillwater looked good in the finals also and has looked like she’s getting her feet back under her from her surgery that caused her to miss the last season.