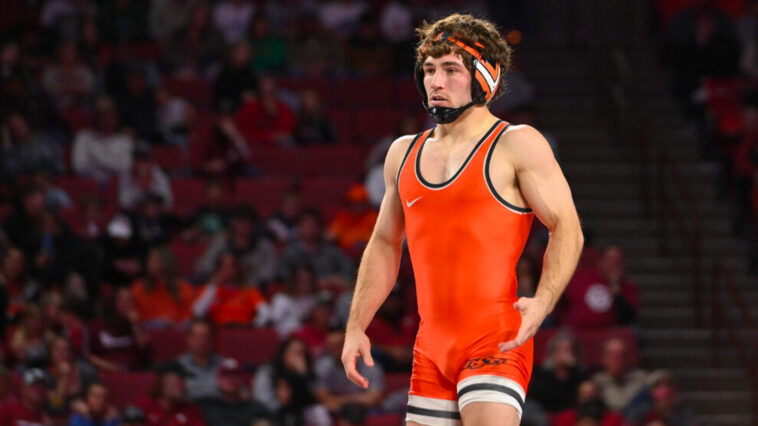 I expected a pretty dominant showing for OSU against Wyoming, and they proved me right here, winning 9/10 matches. While OSU was dominant overall, there were some close individual matches, with three going to overtime. Unfortunately, we did not get to see Brian Andrews or Cole Moody for Wyoming. Like against Air Force, OSU looked like they were in better shape and never looked overly tired. Wyoming is a tough team, and OSU looked very impressive in their second top fifteen dual victory this season.

Svihel came out aggressive and scored on the same right sided slide-by two times in a row after a quick Mastrogiovanni escape. Mastrogiovanni did a good job getting a takedown of his own but couldn’t keep Svihel down. Both guys had strong rides and scored escapes in the second and third period respectively to take the match to overtime. Mastrogiovanni scored on a deep double to get the win. Mastrogiovanni did a good job making adjustments after the first period to not give the same takedown again. After back to back matches of being ridden for extended amounts of time, it may be something to keep an eye on in the future against higher competition. However, his own top game and neutral wrestling should keep him in most matches.