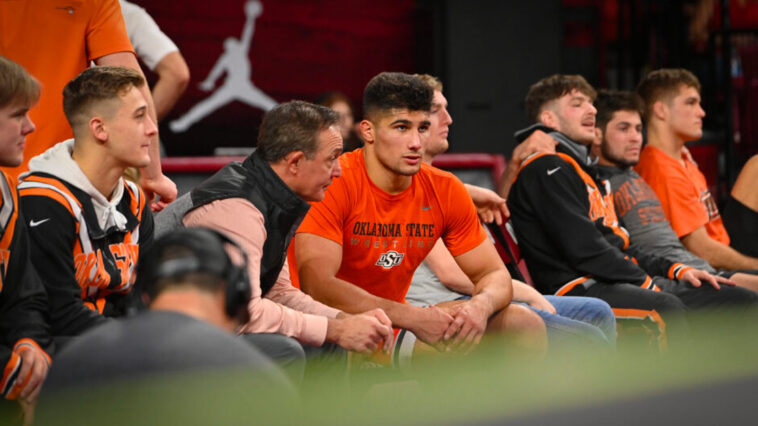 Utah Valley joined the Big 12 in 2015, but this will be the first time these two teams have faced each other in a dual. This will be OSU’s third road dual of this trip after dominant wins over Wyoming and Air Force. Utah Valley will be returning only one All-American in LaMont after it was announced that Demetrius Romero at 165lbs is out for the year. There are four ranked matches, but OSU has the advantage in three of them. WrestleStat has this dual predicted to be 28-7 for OSU, but I think it could end up being a near shut out.

Last year, Taylor Lamont beat Mastrogiovanni at Big 12’s 5-3, then went on to finish 5th at NCAA’s. This year, Mastrogiovanni has looked much improved, and will be looking to add another All-American to his hit list after upsetting Pat McKee (Minnesota) earlier this year. Lamont is an accomplished greco wrestler, having represented the United States on multiple Cadet, Junior, and U23 teams. Mastrogiovanni will need to be prepared for strong ties and hand fighting which Lamont uses to set up his single leg and some headlocks. LaMont has been shown to have some struggles from bottom, and his takedown defense is susceptible. I’m taking LaMont after Mastrogiovanni had some struggles against Wyoming, but he has the ability to get the win here.