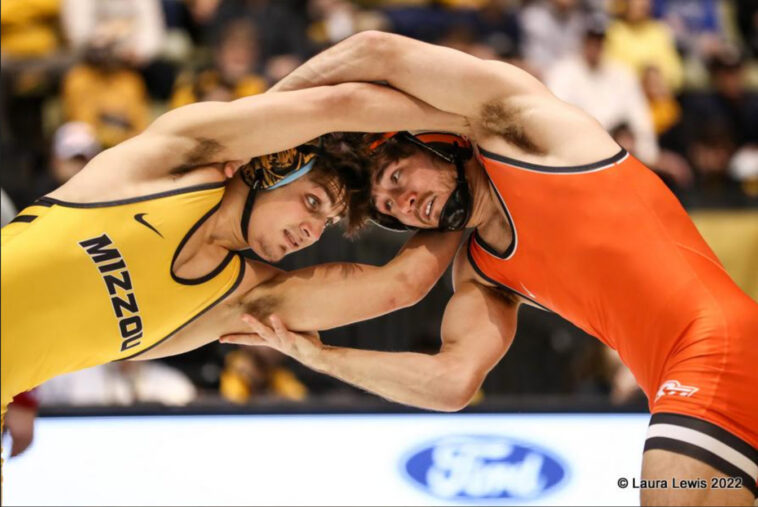 Oklahoma State came to Columbia missing two starters and struggled against a fellow shorthanded Mizzou team. After building an early 12-0 lead, the Cowboys lost five of the next seven matches, including two pins. Gfeller scored his biggest win of the season with a huge pin over a ranked opponent. Mastrogiovanni missed this dual after injuring his ankle late against SDSU, and while Cooper Birdwell made the trip, he didn’t have his redshirt pulled. OSU instead wrestled Alexander Yokubaitis in his place. Plott suffered a significant upset loss and is starting to show some worrisome trends. Neither team wrestled especially great, but the Cowboy’s backups were unable to keep up.

With no Allan Hart, Young wrestled former qualifier Connor Brown who bumped up from 133lbs. Young scored two takedowns, a reversal, and plenty of riding time but couldn’t find a way to separate. The coaches wanted Young to cut Brown multiple times, but he stayed on top and looked for turns but couldn’t find one. Both of his takedowns came in the first period, so it’s surprising that he wasn’t able to find more success. Brown, a former 125lber, had plenty of length himself but could never get close to Young’s legs. In what was originally a swing match, the Cowboys could really have used some bonus points against a backup.