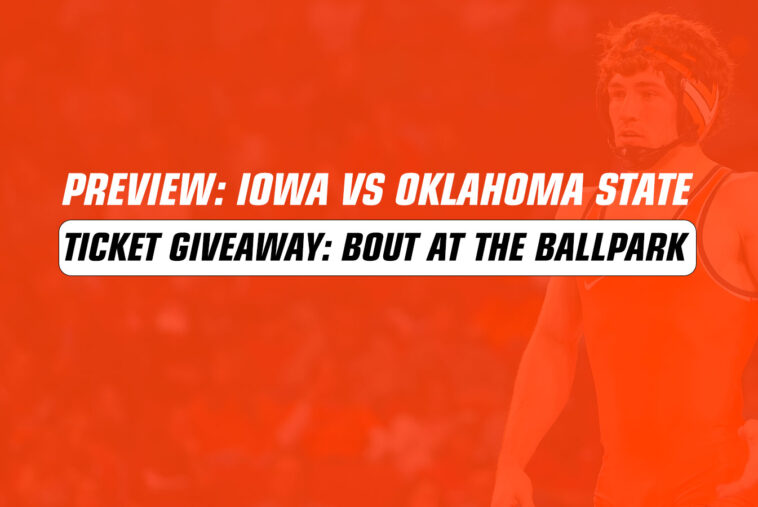 Two of the most storied programs in college wrestling face off in a “Bout at the Ballpark” in Arlington, TX at Globe Life Field on February 12th. Owrestle will giveaway two free tickets in the 2nd row to this event.

Both teams have dropped some spots after struggling with injuries. Even with Ferrari possibly missing another dual, it appears like there could still be up to nine ranked matches. The rankings are also likely to change in the next few weeks.

The word is that Ayala has some sort of upper body injury but is going to try to wrestle through it at some point. If he doesn’t go then former blue-chip Ybarra has filled in at times to start. Back in high school, Mastrogiovanni and Ybarra actually both wrestled on the same Who’s Number One card. Mastrogiovanni has shown that he still has some deficiencies on bottom after giving up multiple full period rideouts. Thankfully neither Ayala or Ybarra are exactly hammers on top. Ayala is a high pace wrestler that shoots a ton throughout the match. I think this will be a match where Mastrogiovanni needs to score the first takedown to try and slow him down or Ayala will be relentless. Mastrogiovanni will need to control ties and be prepared to scramble off Ayala shots if he cannot keep him down. If it’s an Ybarra match then Mastrogiovanni should be able to find his takedowns better and stay in control on top. If Ayala wrestles like he’s healthy then I think Mastrogiovanni struggles with his pace and drops a close decision. If Ybarra goes, then Mastrogiovanni should be looking for bonus points in a tight dual.