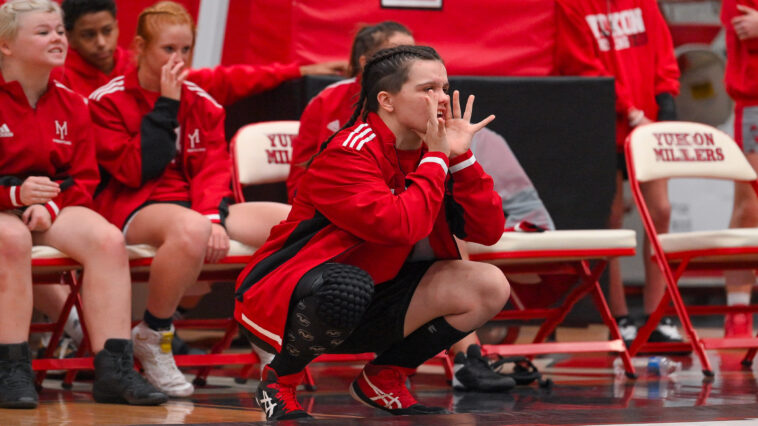 One of the fastest growing sports in America is girls wrestling and Oklahoma is part of this exciting movement.  In fact, the sport is exploding in Oklahoma!  In two short years, the numbers have almost tripled, going from 124 in 2020 to 351 this year!  Starting in 2020, with an experimental State Tournament, Oklahoma joined a rapidly increasing number of states when the first sanctioned State Tournament took place in 2021.  At last count, 32 states now sanction a HS Girls State Tournament, and the number is increasing every year!

As one who thoroughly enjoys the history of this great sport, it became obvious that steps needed to be taken to document the rapid growth and records of the Girls State Tournament.  One of the first questions that came up was whether to include the 2020 tournament or start with the first sanctioned tournament in 2021.

The history of wrestling in Oklahoma provided the answer to that question.  In 1922, Oklahoma A&M (now OSU) hosted the first “State Tournament.”  Exact numbers are hard to come by for that tournament, but the 1923 tournament had 62 wrestlers from 13 schools competing in eight weight classes for a state title.  In 1925, OU joined A&M by hosting their own “State Tournament.”  It wasn’t until 1934 that the Oklahoma High School Athletic Association (later OSSAA) sanctioned the State Tournament.  Since the State Wrestling program includes the results from the “State Tournaments” held prior to 1934, it became obvious that the 2020 Girls State Tournament should be included in any records compiled.

That being said, my apologies to Choctaw’s Peyton Hand and Broken Arrow’s Ki`eisha Cathey for listing them as 2X state champions in a previous article when they are actually 3X state champions.  Listed below are a few of the records that have been compiled, but it is a work in progress and it will be interesting to add to these records each year.

GROWTH OF GIRLS WRESTLING IN OKLAHOMA