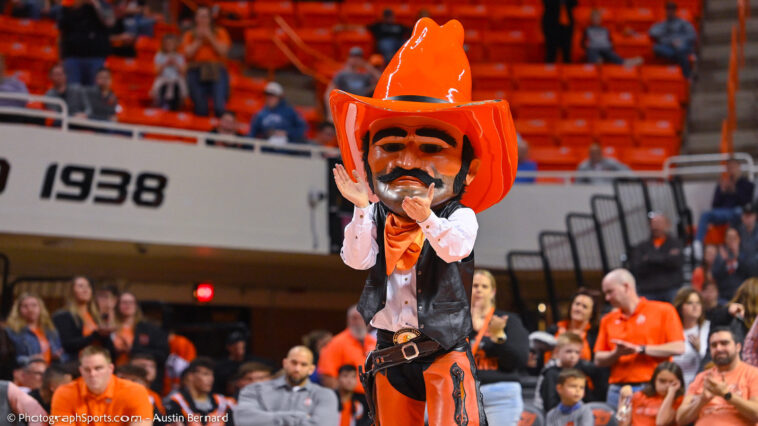 Oklahoma State is coming into the tournament banged up but looking to contend for the Big 12 championship. OSU has three one seeds, the most of any school, and would qualify eight wrestlers if seeds hold up. There are significant injury questions at 125, 157, and 165 as all three have either missed time or been clearly banged up recently. If OSU can wrestle to their seeds at most weights, they should be able to finish top three at least. OSU should have a chance to qualify at least nine wrestlers, as I think Surber can steal a spot. OSU has looked flat at times this season but could improve in their first tournament of the year.

Mastrogiovanni looked to have an argument for the one seed but ended up dropping his final match to #32 Joey Prata while clearly injured. He’s struggled with an ankle injury since the SDSU dual, and hopefully the time off has given him time to heal up. Two of the four unseeded wrestlers Mastrogiovanni faced could give him trouble if he gets one, as one was an overtime match and the other he was ridden for four minutes but still won. If he wins his first match, then he’d see five seed #17 Noah Surtin, who beat him 9-6 last year. Mastrogiovanni has improved in neutral and bottom to not give up a ton of points, but this could be a shootout similar to the Teske match. With how he’s been struggling lately, I think this match could be tough. If he was healthy I’d lean Mastro, but with his issues, I think Surtin takes it. In the consolations Mastro would likely face an unseeded opponent then potentially the eight seed Jace Koelzer, whom he should beat. Then he’d see either #15 Brody Teske or #16 Taylor LaMont to make the third place match. Again, I think his injuries hamper him enough to drop to the fifth place match, and I wouldn’t be surprised to see a medical forfeit there if he’s clearly hurting and already qualified. If Mastrogiovanni was healthy, he could very well win the whole thing, but unfortunately until I see otherwise, I’m saying he’s still banged up.