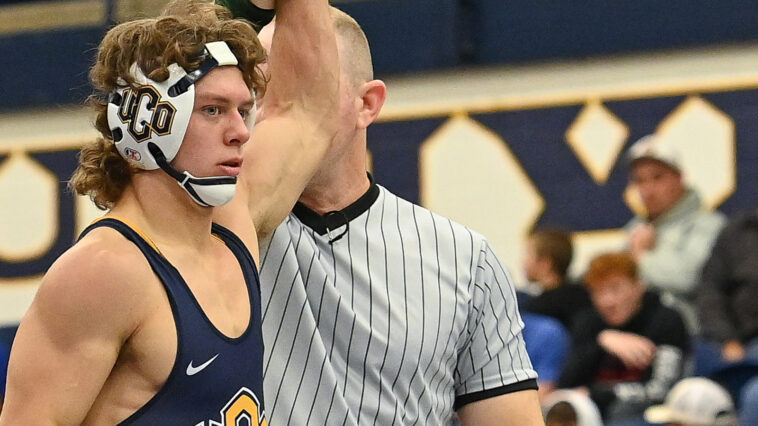 One last goal remains for Central Oklahoma in what has been a wonderous 2021-22 season and that quest starts Friday morning when the NCAA Division II Wrestling Championships get underway at Chaifetz Arena in St. Louis, Mo.

Preliminary- and first-round action begins at 11 a.m., with the quarterfinals and two rounds of consolations at 5 p.m. The tournament resumes Saturday at 10 a.m. with the semifinals and conclusion of all consolation matches, then concludes with the championship finals at 7 p.m.

The No. 2-ranked Bronchos are looking to finish off what has been a remarkable season.

Now the Bronchos are ready to bid for the program’s 16th national championship – and the first since 2007 – behind eight individual qualifiers, seven of which are seeded in the top five at their weight.

“Our guys have worked hard all year and this is what we’ve been preparing for,” head coach Todd Steidley said. “They’ve been incredibly consistent. It’s going to be a big challenge this weekend, but we’re ready.