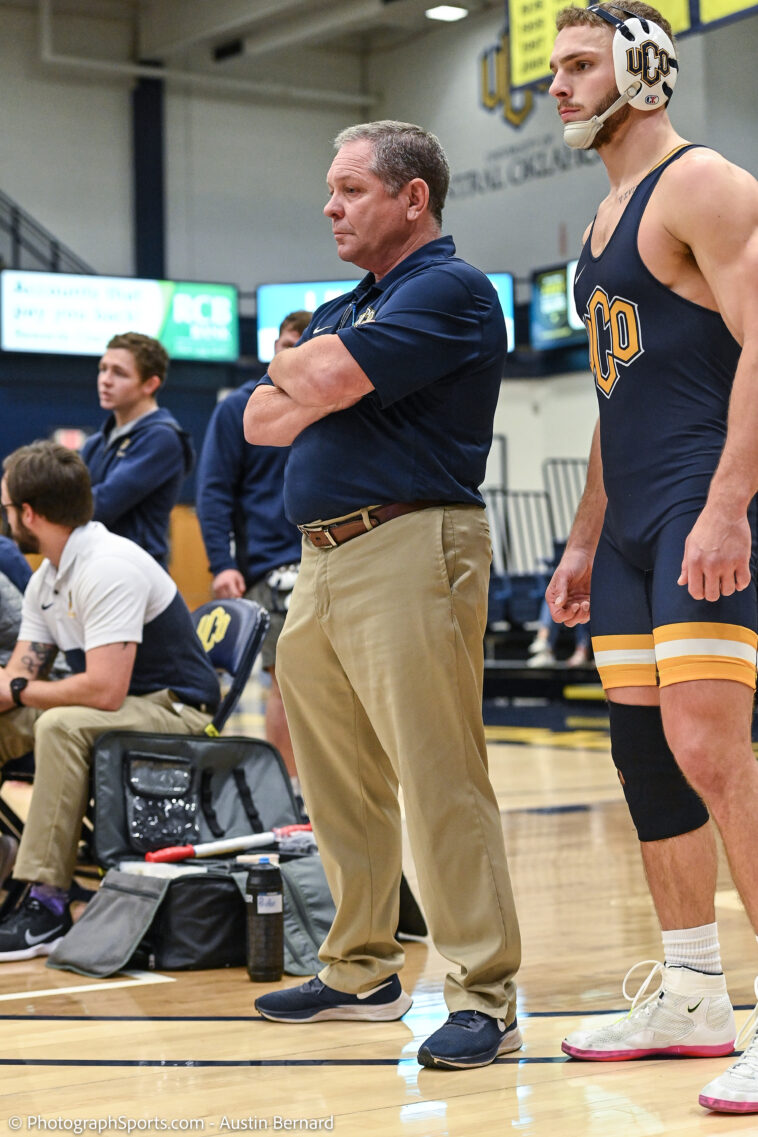 UCO announced on Monday that they would be inducting seven people and two teams into their Hall of Fame.

Three of those individuals and both teams have wrestling ties.

Shawn Bateman wrestled at Central Oklahoma from 1992-97 and compiled a 77-25 record during his time with the Bronchos, including the 1996 150-pound national championship. Bateman won his first regional title in 1995 and finished national runner-up at 150 pounds. He went 22-8 that season and had 10 bonus-point wins as the Bronchos won a national team championship.

In 1995-96, Bateman won his second consecutive regional championship and breezed to a national title, becoming Central’s 29th individual national champion. He went 33-6 that winter, including an 11- and 12-match win streak during the year. During that regular season, Bateman lost two overtime matches to the eventual NCAA Division I national champion and he beat the DI national runner-up.

Bateman was ranked No. 1 in the country at 150 in 1996-97 before suffering broken hand and separated shoulder in the second semester, ending his career. He finished his time at Central with 77-25 career record. Bateman also spent several years as assistant coach at UCO, helping the Bronchos claim back-to-back national titles in 2002 and 2003.

Dustin Finn was a two-sport standout for the Bronchos from 2005-10, lettering in both wrestling and football. In 2005-06, he lettered in football as reserve defensive lineman and worked out with wrestling team in the second semester, but didn’t compete. In 2006-07, he lettered in football on the defensive line, playing in all 11 games. He joined wrestling team in second semester and went 6-1 in back-up role.

Finn switched to offensive line in 2007-08 and played every snap as a starter. He then joined the wrestling team in late November. Finn won the Midwest Regional title and finished NCAA II runner-up – equaling the best-ever finish by a UCO heavyweight. He went 29-6 with 13 falls that season, won two duals for UCO with overtime wins in final match. He lost a 4-1 decision in national finals to Nebraska-Kearney’s unbeaten Tervel Dlagnev, who made the U.S. Olympic Team twice and was the bronze medal winner in 2012.

In 2008-09, Finn led the UCO football team to the LSC North Division title and was named LSC North Division Offensive Lineman of the Year. He also won a second-straight Midwest Regional title and again made it to NCAA II finals, where he finished runner-up. Finn went 26-4 with 12 falls.

In his final year at UCO, 2009-10, Finn was done with football but finished his wrestling career. He was the Midwest Regional runner-up and placed third in NCAA II tournament after losing last-second decision in the semifinals. He finished 28-6 with 10 falls, beat the defending NCAA Division I national champion during the season, and was runner-up for LSC Male Athlete of the Year.

Finn finished his career with an 89-17 record and 35 falls. He is the only three-time heavyweight All-American in UCO history.

Mike Kirk was hired as Central’s Sports Information Director in the Fall of 1987 and spent the next 29 years publicizing the accomplishments of thousands of Broncho student-athletes.

He saw the Central wrestling team win eight national championships and the UCO softball team win the first women’s title in school history. Kirk watched, and promoted, as more than 200 student-athletes earned All-American honors between 1987-2016. Kirk also won over 50 publication awards for his work in the sports information office, creating media guides, posters, game notes, and other promotional material for the Bronchos.

The 1991-92 UCO wrestling team won the first of four consecutive national titles for the Bronchos. It was also the first NCAA title after Central won eight NAIA titles. The ninth overall national championship for Central came with a 13-point advantage over North Dakota State at the national finals.

UCO went 14-1 in duals in 1991-92, with only a controversial loss to Oklahoma marring the record. The Bronchos won the Southwest Missouri Invitational, were second in the Western Colorado Invitational behind New Mexico and finished 14th in the prestigious Las Vegas Invitational. Head wrestling coach David James’ crew rolled to the Midwest Regional title and capped the season with the school’s first-ever Division II national championship.

UCO knocked off four Division I teams (Boise State, Michigan State, New Mexico and San Diego State) and were robbed of its first-ever undefeated season with a 17-16 setback to the Sooners in Norman in the dual season finale.

The 1992-93 squad continued the Division II dominance with another title. UCO competed in just 11 duals, going 7-4 with losses to Division I powers Iowa, North Carolina State, Oklahoma and Missouri. The Bronchos fell to N.C. State 21-18 and the Sooners won the last three matches to overcome a 19-7 deficit in beating UCO by a point for the second straight year.

That set the stage for the NCAA Division II Championships, which were set for March 5-6 in Brookings, S.D. and UCO crowned three champions – Drake, White and Cunningham – while also getting runner-up finishes from Zellner and Keim. Jones came in fourth and Moman fifth as the Bronchos racked up 108.5 points, far outdistancing Nebraska-Omaha’s runner-up total of 68.

Drake, the lone senior on the team who had finished third the previous two years, toppled top-seeded James Sisson of Portland State – who was going for his fourth title – 7-6 in the finals.