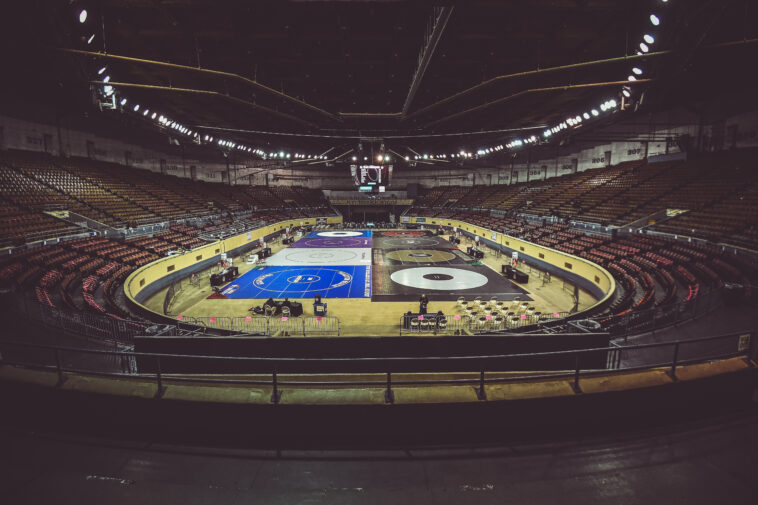 Winning a state title is the goal of all of the wrestlers competing at the State Tournament.  An added bonus is when a wrestler is selected as the Outstanding Wrestler of the tournament.  Decided by a vote of the coaches, the award was first presented in 1947, with Byron Todd from Tulsa Rogers winning the award.

There is no set criteria for selecting the State Tournament Outstanding Wrestler (OW), it usually goes to someone who does one of the following: recognizing a wrestler for an outstanding career (3 or 4 time state champion), a wrestler who dominates his opponents, a wrestler who pulls a major upset or a wrestler who wins a loaded weight class.

Two interesting stories relating to the OW Award include 1970 Class 4A OW Everett Gomez of U.S. Grant and 1985 Class A OW Andy Howington from Comanche.

In 1970, Larry Owings shocked the wrestling world when he beat the unbeatable Dan Gable in the finals of the NCAA Tournament.  Oklahoma high school wrestling experience their own version of that upset just a few weeks earlier when U.S. Grant’s Everett Gomez stunned Gary Breece from Tulsa Memorial. Gomez was undefeated on the season, but few gave him a chance against Breece who was a 2X state champion and sported a perfect 72-0 career record going into the match.  Gomez scored the first takedown and never looked back in taking the totally unexpected 6-2 win to claim the state title and OW Award.

As a side note, at that time the State Tournament was held at different sites for each class.  Class 4A was the largest class and the tournament took place in the Tulsa Edison gym.  Seating capacity was listed as 2,400, but estimated attendance for the finals was an incredible 3,500.

In 1985, Andy Howington from Comanche became the only known wrestler to win the OW Award but not win a state title.  Howington, now the head coach at Marlow, was enjoying a stellar senior season including winning the West Regional title with a win over Casady’s Derek Taaca.  Howington was a strong favorite to win the title but in his semifinal match was called for a questionable illegal hold and lost a very controversial match when his opponent did not finish the match.  His opponent wrestled in the finals the next night, losing 13-5 to Taaca while Howington came back to claim the 3rd place medal and was selected by the coaches as the OW of the tournament.

Compiling the OW list from past years usually involves researching newspaper archives.  Unfortunately, some years the OW was not named in the articles.  While in some years, it may look obvious on who should have won the award, without proper verification, those years are incomplete.  If you have proof of an OW award winner that is not on the following list, please email this writer at [email protected] so the list can be corrected.