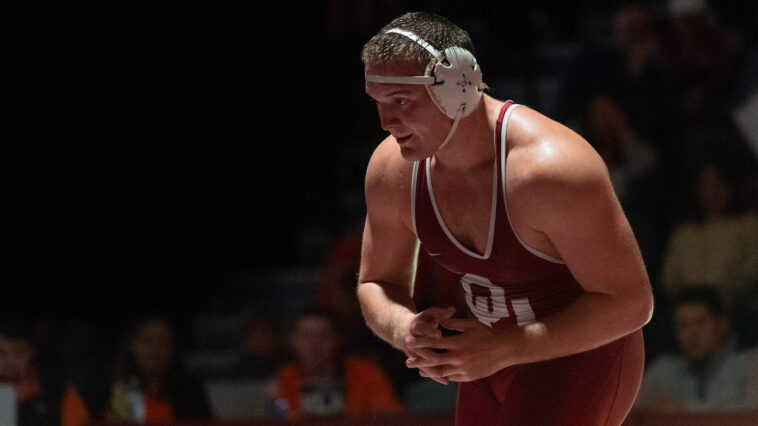 The Sooners had some struggles in their first dual of the day, dropping a close dual to unranked Maryland. On paper that looks bad, but I think Maryland is a young team that is rapidly improving. OU was upset at 125, 149, and 174 which were all matches I thought would be close going into them. There was no Keegan Moore, which was a significant loss that turned into six points against them. The Sooners weren’t able to take advantage to get their own upsets, and struggled to score points outside of Henson.

Joey Prata gave up an early takedown in the first and never seemed to be able to get his offense going. He scored a full second period rideout, but it didn’t matter as he wasn’t able to score a takedown on Brown.