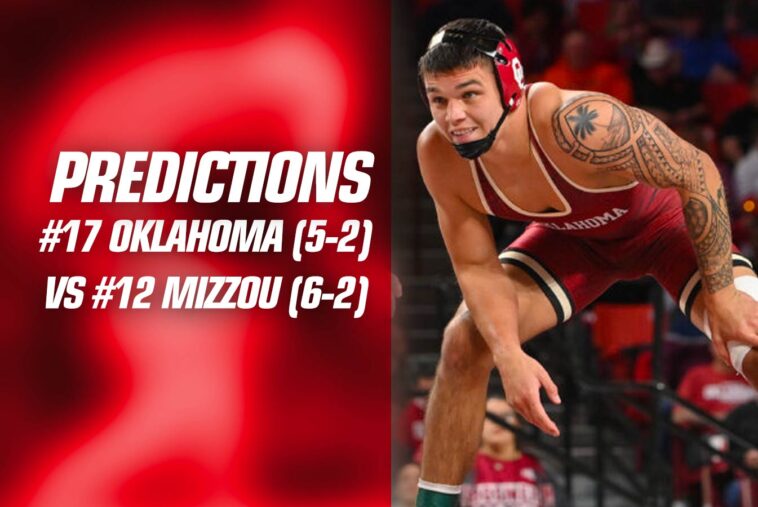 OU is coming off a 3-0 record at the Virginia Duals but did suffer some tough upset losses along the way. Mizzou has bounced in and out of the top ten this season and features ranked wrestlers in nine weights. OU rotated starters at the Virginia duals, so there could be quite a few different lineups that get sent out. Butler looks to have established himself as the starter at 141lbs with Demas manning 149lbs. Ideally Madrigal would be back, but if not, I would expect Gabe Vidlak to start as he had competitive matches. The path to an upset will be difficult, but the Sooners could steal some matches along the way.

Prata is coming off a rough few matches where he didn’t score any takedowns in three matches. Surtin is a having a breakout year with wins over #14 and #20. He’s known for big moves and is good on top with tilts. Prata is going to have to find some offense this match but should have a chance to scramble off of Surtin’s shots. Surtin can come out hot in the first and slow down in the third, so if Prata can keep it close for a while he may be able to threaten him late. Beating Surtin will be a tall task, but Prata may have the style to slow him down and sneak one late.