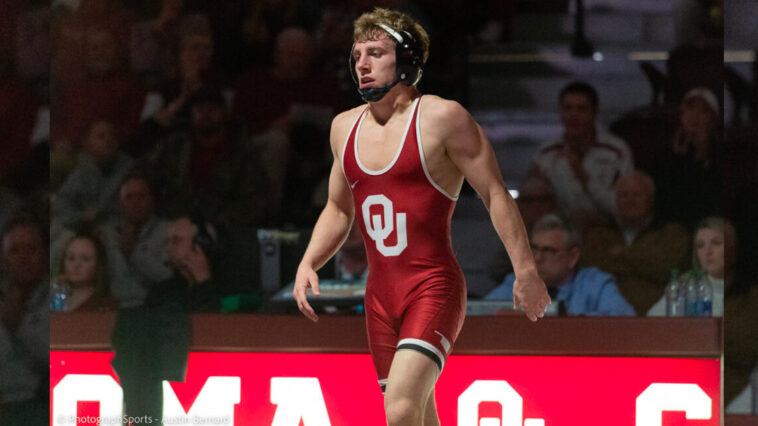 I thought the Sooners had a great opportunity to come out and get a dominant shutout win over a struggling Edinboro, but instead it came down to the last match. OU only won six matches, and gave up big bonus in one of the losses. Even in the wins the Sooners either faded late or struggled to score. With such a long break, it appears that it was more of a negative for the team. The next day some starters and a number of back ups competed in the Edinboro Open with better results. Here are some takeaways for the starters. Look for a future article where I’ll take a closer look at some of the back ups and freshmen.

In terms of rankings, Mosha Schwartz, Jacob Butler, and Darrien Roberts all suffered upsets. Roberts was the only one to lose to a ranked opponent. Butler and Roberts both faded later in their matches, and struggled to produce offense. Schwartz was in a wild back and forth match, and I thought the scoring was odd at times. In a scramble where Schwartz was on top, Amonn Ohl reached back and grabbed the head. In a split second the ref called a defensive fall. I didn’t fully agree from the camera angle, but it felt like the match shouldn’t have been in that situation to begin with.