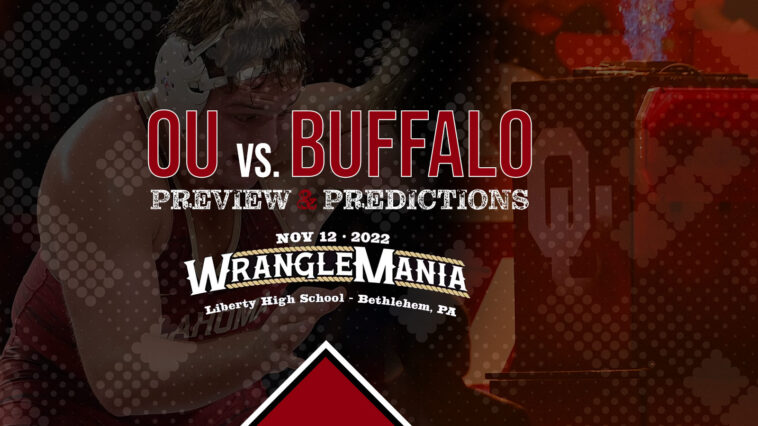 To kick off the season, OU travels to PA to take on Buffalo and Lehigh in back-to-back duals at the WrangleMania. This will be both teams’ first dual of the day. Buffalo competed in the Battle in the River City and had a win over Chattanooga while losing to Wisconsin and Campbell. While Buffalo is not the strongest team, this matchup gives the Sooners an opportunity to establish their lineup and get quality matches in before taking on Lehigh later in the day.

Buffalo does have two ranked wrestlers, both in matches against OU wrestlers who are outside of the rankings but looking to make the jump. With the dual looking so one sided, it could be a Sooner landslide. However, here are some things to watch out for through the dual.

Can OU get the shutout?

For the most part, OU is the heavy favorite going into the match. In the two matches Buffalo is favored, I still really like the odds of them getting the upset. A big question comes at 197lbs, where Seago could see a quality opponent. Sheeran isn’t ranked, but he just beat a former Sooner Jake Boyd. If Seago is the starter, it could be a tight match. I wouldn’t be surprised to see OU get some momentum and go on a run, however.

Buffalo has two ranked wrestlers at 157lbs and 174lbs. Both Jacob Butler and Darrien Roberts have looked good so far but haven’t had the chance to get ranked wins yet. At 157lbs Michael Petite is a two-time qualifier who’s gone 1-4 at NCAA’s. At 174lbs, Jay Nivison was a qualifier for Buffalo and came on strong towards the end of the season. If the Sooners want to climb in the rankings, wins here would start that.