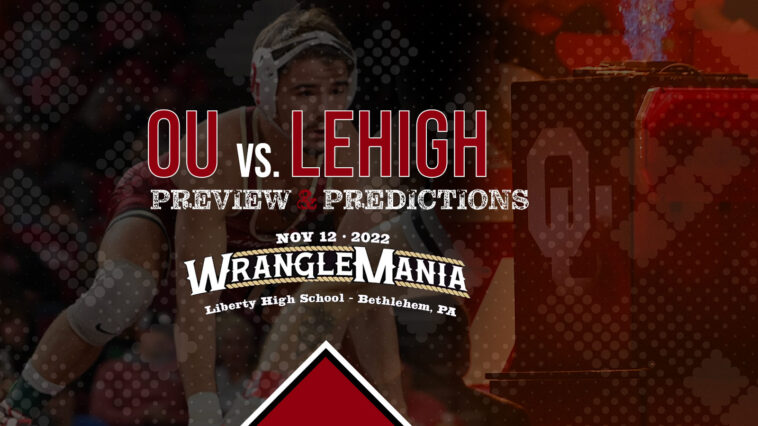 After starting the season at the Michigan State Open, the Sooners have their first dual action at the Journeyman WrangleMania dual event. They’ll take on Buffalo then Lehigh in Bethlehem PA. Lehigh has already won two duals against Oregon State and Sacred Heart. They carry a strong dual team with potentially ten ranked wrestlers. Earlier that day Lehigh will be wrestling Oklahoma State as well. Oklahoma brings a still fluid line up, with uncertainty at a handful of weights. However, if the Sooners are firing on all cylinders, they can win a dual against an underrated Lehigh squad.

Prata will face an interesting but familiar stylistic matchup as both Lane and Bailey are lanky wrestlers who like to scramble. Lane was the starter all last season until an injury late in the season, while Bailey is coming off a solid redshirt season and just had a close loss to All-American Brandon Kaylor. Prata will be looking to put on a strong ride as always but will want to be careful as both wrestlers are good at scoring reversals. If Prata can slow down and score his offense, I think he gets the decision in a close match.

This match could be one of the most fun of the dual, as both wrestlers can mix it up with the best of them. McGonagle has multiple highly ranked wins in his career and is a two-time qualifier at 141lbs.