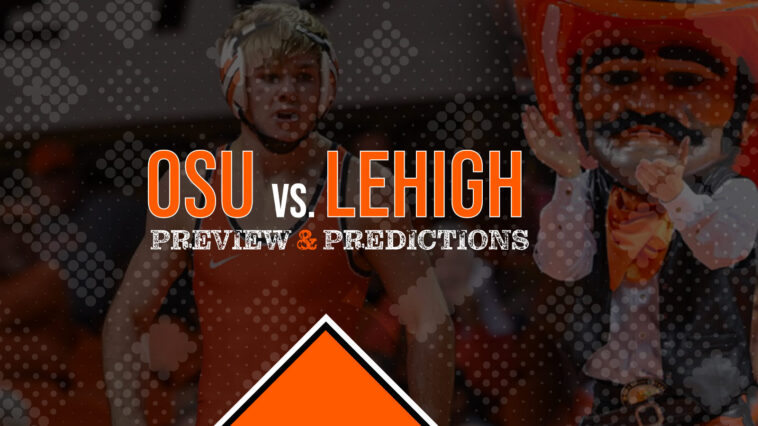 Oklahoma State had to hear about a weaker schedule from fans last season, but they hit the ground running this year in a much stronger schedule. This dual against a ranked Lehigh team is the first of two duals that day, with the team later seeing unranked Bucknell. Last season when Lehigh and OSU dualed the Cowboys came away winning 26-9. Both teams feature some lineup changes however, so there are likely only going to be three rematches this time. Lehigh has all ten wrestlers in the rankings, so this could be a much tighter dual than last year if the Cowboys aren’t on top of their game.

This will be one of the potential rematches between the two teams.Mastrogiovanni won a one-sided 5-1 decision over Lane last year. Lane was ranked last season but suffered an injury at some point during the season and didn’t compete in the postseason. This match is likely to be similar to last year with Mastrogiovanni winning the handfight and finding his takedowns. The real test for Mastrogiovanni should come on the mat as Lane can excel there. This should be a good test for Mastrogiovanni’s top ability and more importantly ability to get out from bottom which he struggled with last season.

Lane hasn’t wrestled yet this season, so Carter Bailey has gone in his stead. In that time he’s gone 1-1, with a loss to #7 Brandon Kaylor. If Bailey gets the start here, fans should watch for his high pace that can create a lot of scrambles from multiple positions. Either way Mastrogiovanni should be the favorite going into it.