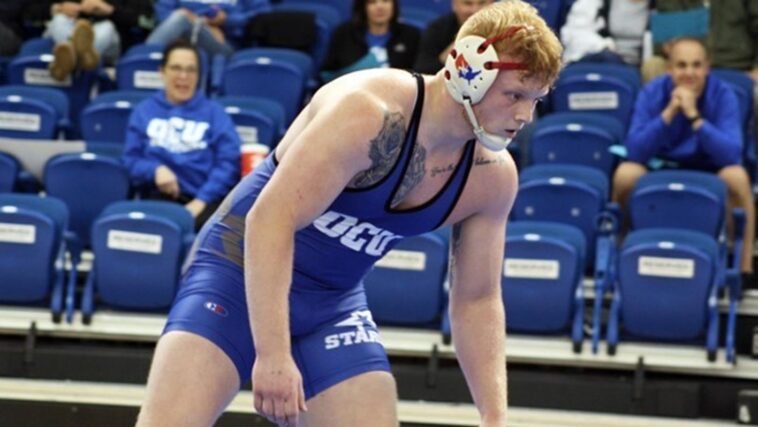 Ensign joins the Stars after 11 years leading the Central Missouri wrestling program as its head coach.

“I’m excited to welcome Justin Ensign as the head coach of our men’s wrestling program at Oklahoma City University,” Oklahoma City athletic director Jim Abbott said. “Justin is a veteran coach, and his experience will serve him well in working to continue the tradition of success in OCU men’s wrestling.

Central Missouri annually challenged some of the top programs in the nation the previous decade. Ensign guided 10 qualifiers for the NCAA Division II Championships with five earning all-American status and one taking two national championships. Frank Cagnina took the 2014 and ’15 149-pound national titles as well as Central Region wrestler of the year.

“I am beyond excited and thankful for this opportunity to lead the men’s wrestling program at Oklahoma City University,” Ensign said. “This is a great university, and this program has amazing potential. I can’t wait to get started on this new challenge.”

Prior to becoming Central Missouri head coach, Ensign served two years as graduate assistant to legendary Mules coach Robin Ersland. During those two years, Central Missouri made the top 25 in the national tournament each year (18th and 22nd) and had five all-Americans.

Ensign spent four years on the mat for Wagner. He was named team most valuable player two times and spent two seasons ranked in the top five in the Colonial Athletic Assocation. He was also a two-year team captain, and two-time Iron Man award winner. Ensign was a four-year starter, twice at both 141 and 149 pounds. The Cherry Hill, N.J., native earned his bachelor’s degree in childhood education and sociology in 2007, and earned his master’s in sports management from Central Missouri in spring 2011.