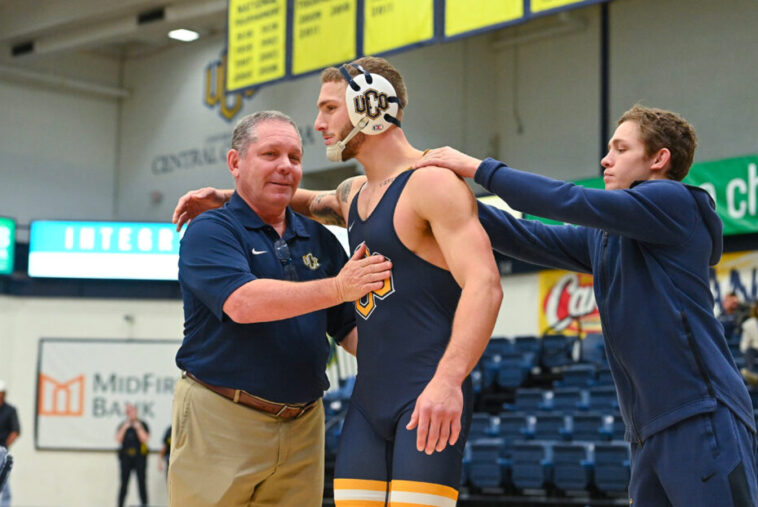 The Bronchos trounced Western Colorado 40-9 to open the day before Winkler’s second-period pin at 174 ignited a late surge that rallied UCO past No. 14 Adams State 29-12.

Central trailed the Grizzlies 12-9 before winning the final four matches. Winkler started the comeback, Heath Gray followed with a technical fall at 184, Dalton Abney had a major decision at 197 and Streck polished it off with a third-period pin at heavyweight.

“Our big guys really came through for us,” head coach Todd Steidley said. “We weren’t as sharp as we needed to be at a few weights, but it was good to get back on the mat again. We did some good things, but there’s still a lot of work to do.”

Rosen and Cole opened the dual with back-to-back wins over ranked opponents and Keim followed with easy decision to stake UCO to a 9-0 lead, but the Grizzlies quickly came  back to take the lead.

The sixth-rated Rosen upended No. 9 Isaiah Delacerda 8-4 behind a three-takedown attack, while the top-ranked Cole downed No. 10 Jonathan Andreatta 9-2. Cole used a takedown and four-point near-fall in the final 40 seconds to break a 2-2 tie while adding a riding time point in pulling out the tight victory.