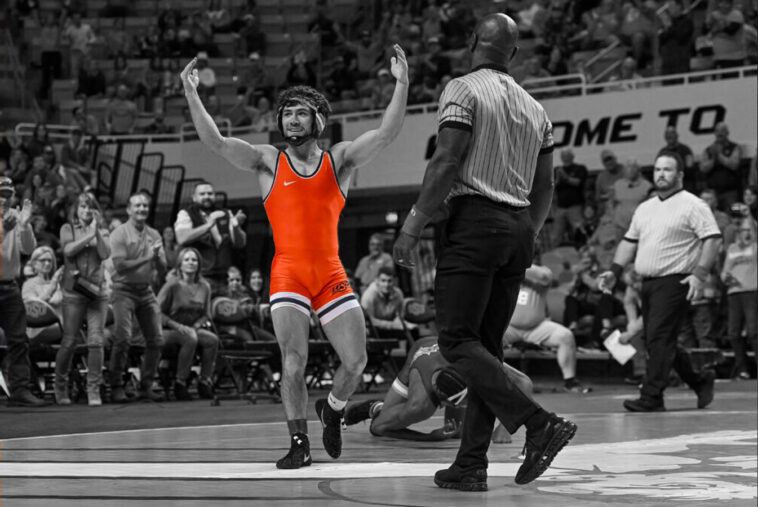 The last time these teams faced was in the 2020 season. OSU won five bouts but lost 21-20 after a failed skin check led to a forfeit at 133lbs for the Cowboys. This year, Lehigh is not the highest ranked, but they are coming off a four-dual win streak including #10 Cornell. Lehigh’s staring lineup also features five ranked wrestlers. This will be OSU’s highest ranked dual opponent since #13 Minnesota early in the season. OSU is coming off another strong dual against Columbia, and I’ll be keeping an eye on Carter Young to see how he bounces back after a tough loss.

Mastrogiovanni will face two top 20 opponents this week starting with Jaret Lane who made the round of 16 last year. Ironically, last year both wrestlers lost to Eric Barnett and Michael DeAugustino at NCAA’s. Lane recently lost to Manchio 4-3, who Mastrogiovanni just majored, so he should be a heavy favorite coming into this match. After scoring the first takedown last week, Mastrogiovanni looked confident and surged in the match as he ran the score up. Mastrogiovanni has a definite neutral advantage but will have to be careful against Lane, who is super difficult to turn and uses his length on bottom to his advantage. Lane has only been majored by Spencer Lee this season 8-0, so I think a bonus point win will be difficult. I did say the same thing last week, so Mastrogiovanni could come out and prove me wrong again.

At last year’s NCAA’s, Fix and Hines wrestled in the second round with Fix scoring a pin in the second period. This year, Hines did score a defensive fall against #7 Micky Phillipi, but I don’t see Fix putting himself anywhere close to a similar position. Hines is solid but not close to the level of Fix, who has seven bonus wins this year. I’ll take Fix staying super aggressive and getting a pin from his double boots position. Pins are hard to predict, but I think Fix’s top game can attack a position where Hines has struggled.