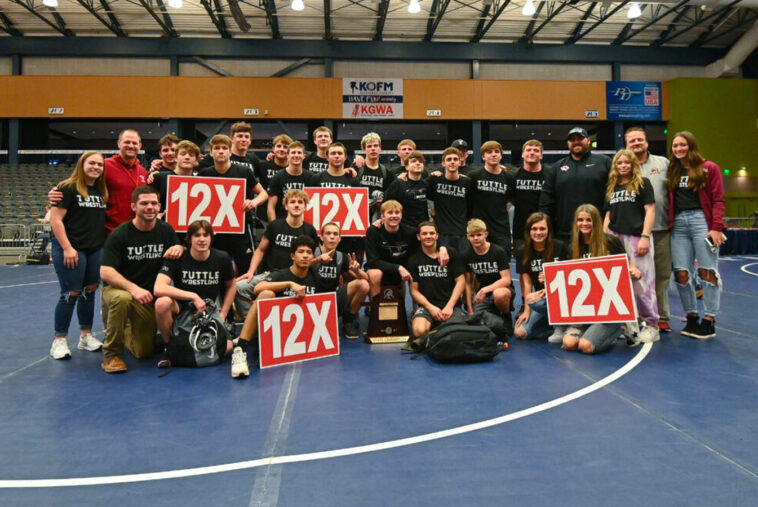 The postseason is here!  It all gets started February 11-12 with all four Dual State championships being decided at the Stride Bank Center in Enid.  Two things are certain – new champions will be crowned in Classes 5A and 6A.  2021 6A champion Mustang was ousted by Edmond Memorial in district action and is not in the field, while 5A champion Skiatook is in Class 4A and along with the other 4A schools, has the unenviable task of attempting to upset 12X state champions Tuttle.

There is also big news in Class 3A as an incredible streak came to an end when Perry came in 3rd in their district (won by Pawnee/Hominy) and will miss the tournament.  Perry had qualified a state record 28 straight years until that came to an end this year.  For those that are curious, Tuttle is on a current streak of 16 straight appearances, closely followed by Broken Arrow which has qualified 15 years in a row.

In Class 6A, number one ranked Stillwater is the favorite with Edmond North the most likely contender.  Stillwater and Edmond North have split when facing each other in the same tournament (North winning Kansas City and Geary and Stillwater winning COAC and Yukon), but everyone knows that tournament scoring is different than dual scoring.

If they meet in the finals, key matchups at 106, 120, and 138 could go a long way in deciding the outcome.  Stillwater stands 9-0 on the year with regular season wins over 6A qualifiers Broken Arrow, Bixby and Ponca City.

Edmond North is also 9-0 on the year with wins over Yukon and Edmond Memorial.

Bixby kept Stillwater out of last year’s Dual State Tournament and ended up with a runner-up finish.