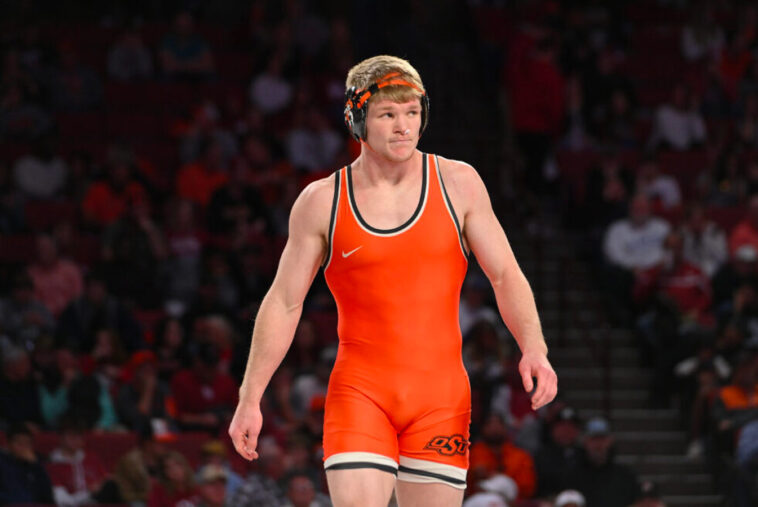 Oklahoma State came out and looked much improved with a one sided win at home. They won eight out of ten matches and even saw an upset from Surber at 285lbs. All the wrestlers looked to have a little more pop, and outside of Mastrogiovanni, had much more success on the mat. Speaking of, Mastrogiovanni appeared to suffer a lower body injury at the end of his match in a scramble. With a short turn around to their dual against Missouri, it’ll be something to keep an eye on. OSU did well to get back to wrestling how they did to start the season and will look to keep it up going forward.

Mastrogiovanni looked like he would be on his way to another dominant decision after another first period takedown and a rideout. However after that first period, Mastrogiovanni proceeded to stay on bottom for four straight minutes. He got to his feet multiple times but Jordan kept bringing him back down. Jordan came close to a turn a few times, but it never felt like Mastrogiovanni was in too much danger there. However, Mastrogiovanni has now been ridden out four periods through three matches. To top it off, at the end of the match there was a scramble where Mastrogiovanni appeared to hurt his ankle and he looked in significant pain at the end. Even if he’s healthy going forward, his struggles on bottom are going to need to improve if he wants to be considered an All-American contender.