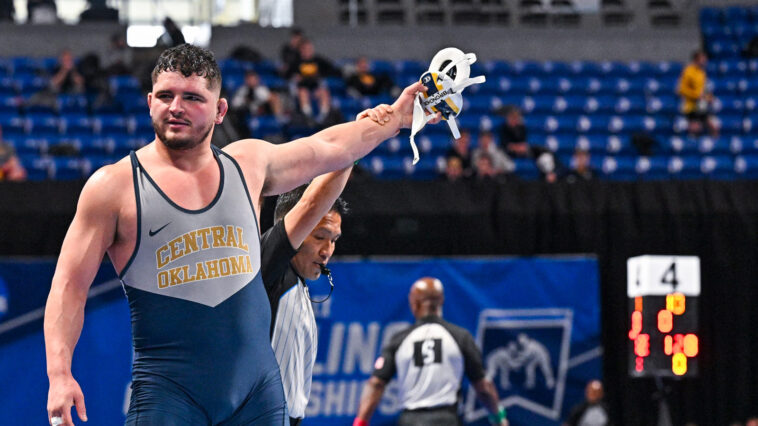 Kauffman (174 pounds) and Streck (285) both prevailed 3-1 on takedowns in the first 30 seconds of the sudden-victory period to advance. The No. 2-ranked Bronchos also pushed 149 Brik Filippo, 184 Heath Gray and 197 Dalton Abney into the semis, while 125 Paxton Rosen is still alive in the consolation bracket.

Final-day action begins at 10 a.m. Saturday with the semifinals and conclusion of all consolation matches. The Championship finals are set for 7 p.m. Saturday.

“We lost a few tough matches, but we also won a couple that could have gone either way,” head coach Todd Steidley said. “We’ve got six guys still in the tournament and need to keep moving them forward to have any chance of catching Kearney.

“Our guys battled hard. Every match is a dog fight, but it’s the national tournament and that’s to be expected. I know we’ll come out tomorrow ready to get after it.”