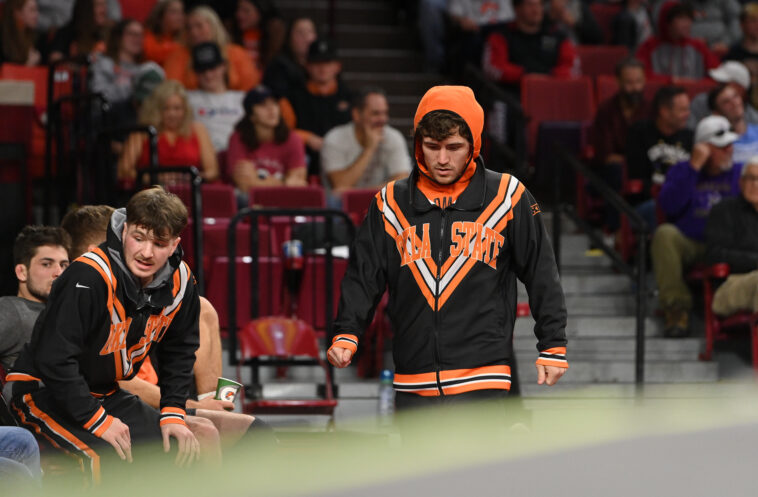 STILLWATER – The Oklahoma State wrestling team will open the new year in Chattanooga, Tennessee where select Cowboys will compete in the Southern Scuffle on January 1-2.

The Basics
The fourth-ranked Oklahoma State wrestling team (7-0 overall; 4-0 Big 12) travels to Chattanooga, Tenn., to begin the 2022 calendar year at the Southern Scuffle, Jan. 1-2. OSU has competed in the event each of the past eight times since the event was held, but will not be sending starters this year. In 2020, the Cowboys won the event with 116 team point, which was the program’s second Southern Scuffle championship.

Cowboys in the Polls
Oklahoma State’s roster features 10 wrestlers ranked in various polls this week, with six holding spots inside the top-10. Sophomore 197-pounder AJ Ferrari is the consensus No. 1 wrestler at his weight and is the highest ranked Cowboy, after winning his first individual title at the NCAA Championships in March. Following Ferrari, Daton Fix appears at No. 2 at 133 pounds as the reigning Big 12 champion and national finalist. Also making appearances in the top 10 of their respective weight classes are All-Americans Travis Wittlake and Dakota Geer. Wittlake is as high as No. 5 at 165 pounds in the Intermat rankings, while Geer is ranked sixth at 184 pounds by The Open Mat. 125-pounder Trevor Mastrogiovanni holds down the No. 8 spot, according to FloWrestling. A 7-0 start to the season with four wins over ranked opponents has Dustin Plott (174) into the top-10 of the Intermat poll where he is tabbed No. 9 in his weight class. Wyatt Sheets (157) is ranked as high as No. 11, while Kaden Gfeller (149) is as high as No. 15 in Intermat’s rankings. At 141 pounds, true freshman Carter Young is ranked No. 21 by Intermat after a 4-1 start to his career. Luke Surber reappears in the rankings at No. 33 in the heavyweight division.

Success at the Scuffle
Oklahoma State has been represented at the Southern Scuffle in each year the event has been held since 2013. Typically, the Cowboys have performed well at the tournament as they have collected a third-place finish or better in seven of their eight appearances. The lone finish outside of the top three in the standings came in 2018 when OSU didn’t send a full lineup. The Pokes are the reigning champions of the Southern Scuffle dating back to the 2019-20 season after the event was canceled last season due to the late start to the regular season. Led by Nick Piccininni who won his second consecutive Scuffle title at 125 pounds, the Cowboys scored 116 points, finishing seven points above runner-up NC State. In past appearances Oklahoma State has won the event twice (2017, 20), placed runner-up four times (2013, 14, 16, 19) and third once in 2015.

Tune In
The Southern Scuffle will be streamed both days on FloWrestling.org. Live stats and updated brackets can be found on FloArena through both days of competition.