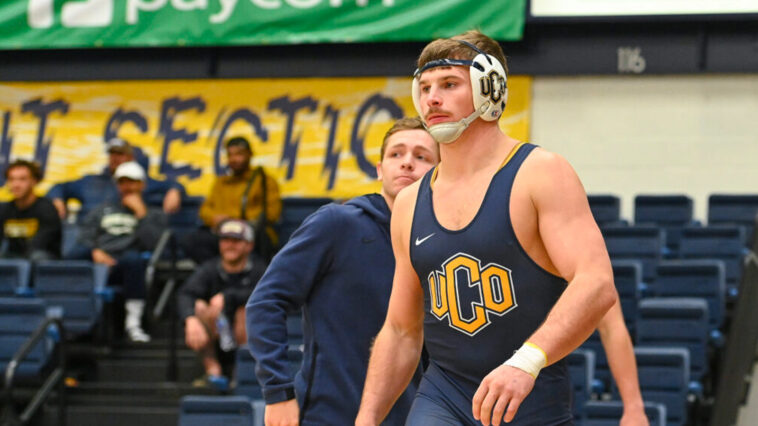 MANHEIM, Pa. (Dec. 31) – A trio of No. 1-ranked individuals enabled Central Oklahoma to stay atop the new NCAA Division II poll that was released Friday by the National Wrestling Coaches Association.

Tanner Cole (133 pounds), Heath Gray (184) and Dalton Abney (197) are all listed No. 1 for the Bronchos of sixth-year head coach Todd Steidley. UCO was rated fourth in the preseason before ascending to the top spot in the first regular-season poll on Dec. 3, marking its first No. 1 ranking since the start of the 2007-08 campaign.

Central finished with 104 points to extend its lead over defending national champion St. Cloud State. The Huskies are second in the top-25 poll with 86 points, followed by McKendree (70), West Liberty (67) and Nebraska-Kearney (62).

The Bronchos have four other individuals in the top eight. Brik Filippo (149) and Ty Lucas (157) are both ranked third, while 141 Nate Keim is fourth and 125 Paxton Rosen eighth.

UCO hasn’t competed since winning the prestigious Midwest Classic on Dec. 18-19 despite being without Cole, Gray and Lucas. Cole and Lucas were unable to compete after becoming ill on the eve of the tournament, while Gray has been out since mid-November with injury.