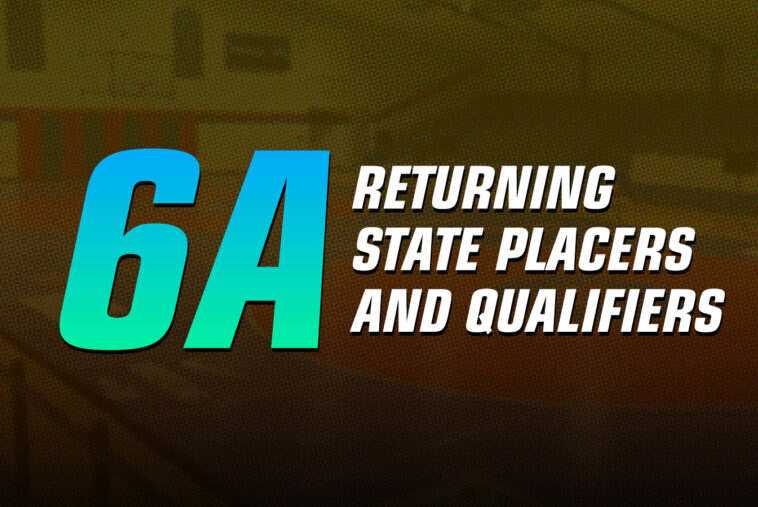 Class 6A is once again loaded with talent with an amazing 12 wrestlers that have already won a combined 17 state titles entering the 2021-22 season.  Not only have the wrestlers shined in Oklahoma, but ten earned All-American honors at Fargo this summer and 15 Class 6A wrestlers were ranked in a recent national rankings with several well deserving wrestlers mysteriously missing from the rankings.

Leading the way will be Fargo national champion Jordan Williams who will be shooting for his 4th state title and carries a 113-1 career record into his senior season.  Bixby’s Zach Blankenship won state titles in 2019 and 2021.  In 2020, he stood 16-1 after winning the Larry Wilkey Tournament, but then had his season end early with an injury.  Blankenship, an OSU signee, has a record of 87-2 entering his senior season.  Mustang’s John Wiley won state titles in 2019 and 2020 and added a 2nd place finish in 2021.  Wiley, an OU signee and ranked 5th in the nation, enters his senior season with an 82-6 career record.

2021 state champion Stillwater has four returning state champions in the line-up along with several talented newcomers including U15 double national champion Ladarion Lockett.  Junior Cael Hughes, ranked 9th in the nation, has already won two state titles and is a perfect 68-0 entering the season.  Fellow junior Sam Smith went 28-4 last year in winning the 106 lb. title.  OSU signee Anthony Ferrari (ranked 4th in the nation) pinned Wiley in the finals last year to claim the state title and finish the season with a 25-0 record.  After finishing 4th at the Regional Tournament, JJ McComas-Rogers earned victories over current nationally ranked wrestlers Jace Roller (Bixby) and Jordan Cullors (Broken Arrow) to claim a state title in his freshman year.  McComas-Rogers added to his resumé with an All-American finish at Fargo this summer.

In addition to Blankenship, Bixby returns two other state champions in Clayton Giddens and Jersey Robb.  In his freshman year, Giddens went a perfect 29-0 in winning the 113 lb. state title.  Giddens also earned All-American honors with a 7th place finish at Fargo.  Robb, ranked 20th in the nation was a runner-up as a freshman before winning the title last year.  He enters his junior year with a 62-4 career record.  Edmond Memorial junior A.J. Heeg earned a thrilling last second victory to win the 152 lb. state title last year and finished the season with a 31-4 record.  Heeg, who wrestled at 195 this summer is ranked 22nd in the nation and recently signed with OU.  Mustang’s Christian Rowland placed 3rd at State in 2020 before claiming the title last year.  Rowland has a career record of 62-12 and is ranked 17th in the nation.

Listed below are the Class 6A returning state placers and qualifiers.  Weights are from last year’s State Tourn and records are based on information from the State Tournament brackets (2021 records were updated after Dual State).