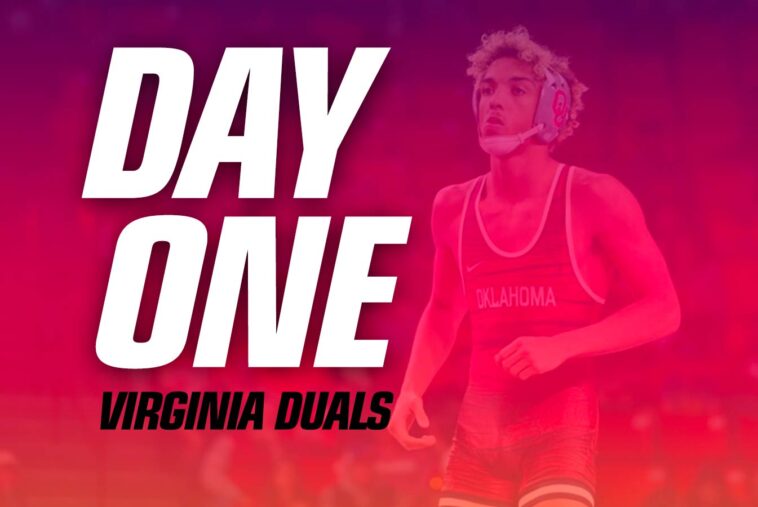 21 Oklahoma on Day 1 of Virginia Duals

Day one of the Virginia duals saw OU winning both duals but losing some significant matches in each. Prata, Grello, and Heindselman all saw upset losses to lower ranked or unranked wrestlers. Lineup answers were shown with Demas getting the start at 149lbs and Jacob Butler starting at 141lbs. Anthony Madrigal may be having injury issues again, as there was a rotating cast of backup wrestlers with mixed results. I had OU winning the Lock Haven dual more dominantly, but between injuries and upset losses, it ended up being pretty close. Maryland, one of their day-two opponents, beat Kent State 25-14, so they should end up being a tough match as well.

Prata had two tough matches today where he went 1-1, but there was a significant takeaway that occurred in both matches. Between the two matches, Prata gave up five takedowns and scored zero of his own. In the Ferri match, Prata was able to get a reversal and two nearfall in the second period, then kept Ferri from scoring in the third. While Prata is capable of putting on a strong ride, he hasn’t been turning anyone from top. I worry that if he isn’t able to start scoring takedowns, then he is at significant risk of falling out of the rankings.