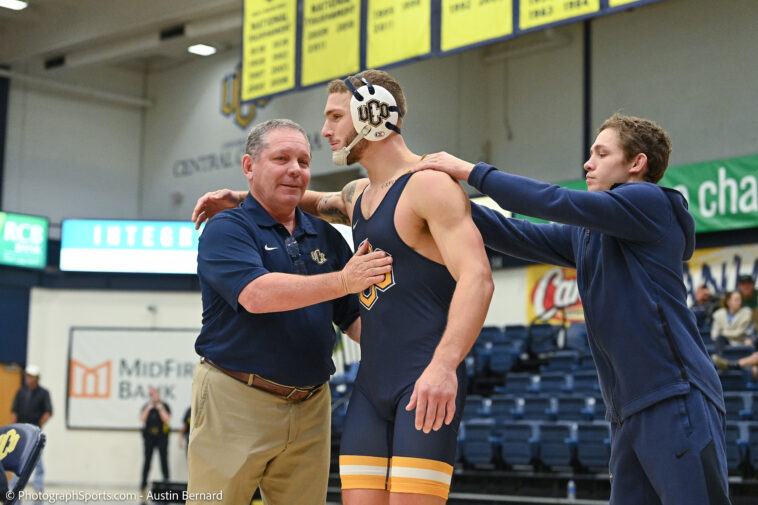 LOUISVILLE, Ky. (Jan. 6) – Top-ranked Central Oklahoma marched into the semifinals of the NWCA Division II National Duals with a pair of lopsided wins Thursday at the Kentucky International Convention Center, but head coach Todd Steidley was far from satisfied.

“We’re going to have to wrestle a lot better than that,” Steidley said after the Bronchos disposed of No. 9 Findlay 39-9 in the first round and No. 15 Colorado Mesa 31-6 in the quarterfinals. “It wasn’t very pretty, especially against Mesa, but we’re moving on and that’s the good thing.”

UCO had no trouble advancing to Friday’s semifinals, claiming 15 of 20 individual matches with 10 bonus wins. The Bronchos improved to 5-0 on the season and have now won 11 straight duals.