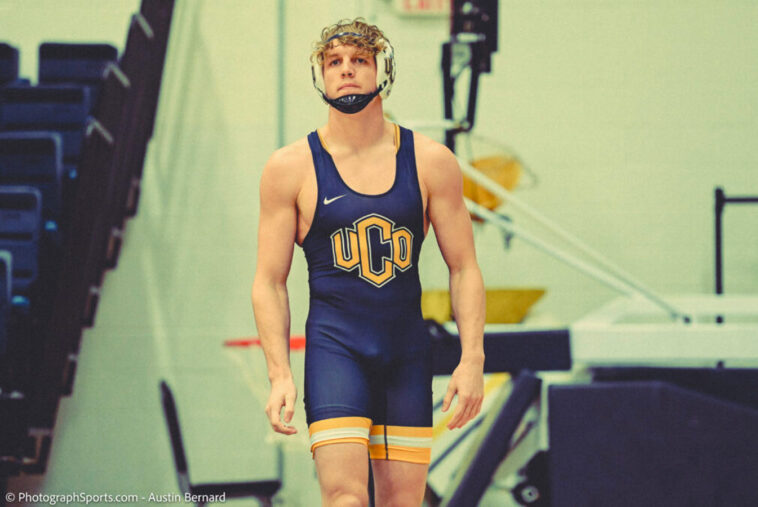 KEARNEY, Neb. (Feb. 6) – There was plenty of the expected drama when top-ranked Central Oklahoma squared off with No. 3 Nebraska-Kearney in a Sunday afternoon showdown, but in the end it was the Bronchos who came out on top 18-17.

UCO pulled out back-to-back overtime victories in taking a 12-4 lead, trailed 17-12 after defending national champion Heath Gray’s upset loss at 184 and then pulled off its 18th straight win with clutch performances in the final two matches.

Dalton Abney cruised to an easy 6-0 decision at 197 pounds to pull the Bronchos within 17-15 and heavyweight Shawn Streck knocked off Lee Herrington 5-2 in the deciding match to complete the comeback.

“We knew it was going to be a battle and it definitely was,” head coach Todd Steidley said. “We gutted out some big wins and our two big guys came through for us at the end. It was a great dual between two really good teams.”

Central also got wins from 125 Paxton Rosen, 141 Nate Keim, 149 Brik Filippo and 157 Ty Lucas. The Lopers earned three bonus-point wins in addition to the major upset at 184 in the back-and-forth battle.