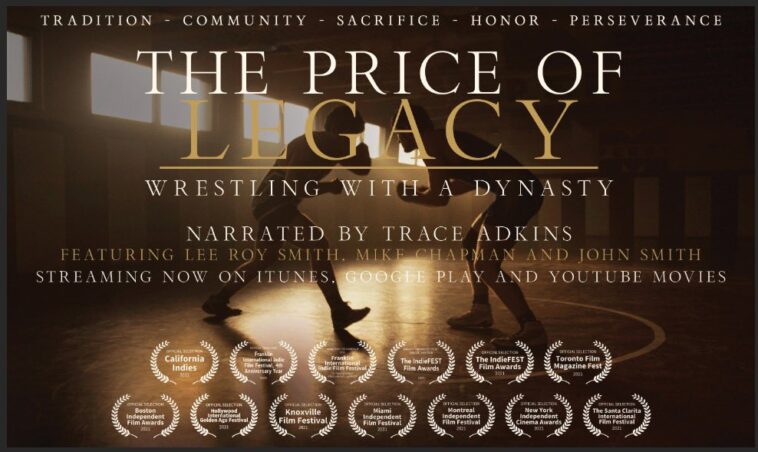 The Price of Legacy, a documentary film on the historic Perry wrestling program made its Oklahoma theater debut on Saturday at the Auditorium at the Douglas in Oklahoma City. The premiere was a part of the DocOKC Film Festival taking place at the newly renovated auditorium at the old Douglas High School.

The film is a bit of a passion project for first-time producer Chance Leonard. Leonard was a two-time state champion at Perry High School before going on to wrestle at the University of Oklahoma.

Leonard and his production team follow the 2017 Perry High School Wrestling team in their attempt to win another state title for their historic program and city. And also to avoid breaking “the streak” wherein Perry had not gone more than two seasons in a row without winning a state title.

The film takes an in-depth look at that specific season and that group of wrestlers and coaches but also dives into the history of wrestling in Oklahoma and the United States, how it formed, and how Perry built into the program that it is.

With narration from country star Trace Adkins and interviews with Lee Roy and John Smith, Rich Bender, Mike Chapman, and others, the film brilliantly weaves the history of the sport in the United States and the history of the state of Oklahoma that developed a state with such a unique and successful history in wrestling.

The film is a culmination of six years of work starting in 2016 and continuing today with promotion efforts and the premiere in Oklahoma. It is available for purchase on Itunes, YouTube, and Google Play.