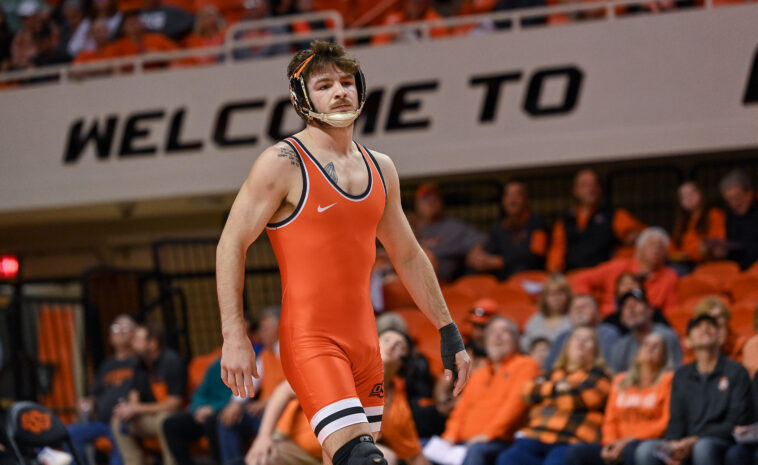 With WVU having to cancel the tri-meet, Columbia and OSU managed to make it work, meeting in Stillwater for their first ever dual. Overall, OSU won eight out of ten matches. One of the losses came at 165lbs where usual starter Travis Wittlake sat out. Two young Cowboys had tests today, with mixed results. Mastrogiovanni notched another ranked win, while Young struggled against a more experienced wrestler. Gfeller and Plott made their return, with Gfeller looking dominant while Plott looked rusty. This moves OSU to 9-0 on the season with Lehigh on the horizon.

Mastrogiovanni came out and won a one sided major over his third ranked opponent this season. After getting a late takedown to finish the first period, he stayed aggressive and scored two more through the match. This was a very impressive match for Mastrogiovanni. I thought Manchio was a difficult matchup for him, but he handled him. A strong win like this gives Mastrogiovanni a ton of momentum going into the future, where he will see three ranked opponents in a row.