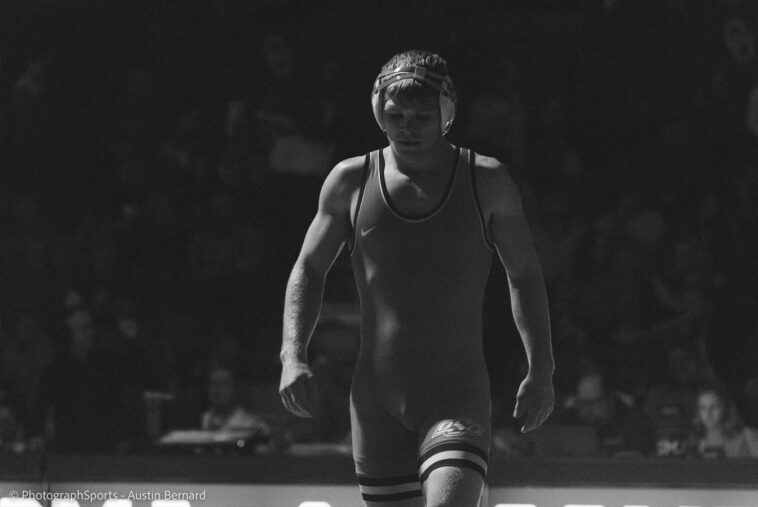 Oklahoma State brought nearly the whole team to the Scuffle and came away with the team title, 12 on the podium, and three champs. The Cowboys had multiple wrestlers outperform their seed. I was likely too hesitant about Luke Surber and Konner Doucet’s chances, who both ended up finishing in third place. The team title was won in dominant fashion, with 181 points to 2nd place NDSU 144.5 and Mizzou with 125. A lot of that came from bonus points, as every starter had at least one bonus win.

While the Cowboys performed well as a team, there were some individual upsets that will change some rankings. Trevor Mastrogiovanni, Young, Voinovich, Gfeller, and Sheets all suffered upsets despite respectable podium finishes. For many of these wrestlers, this tournament doubled their season match count. With that and such a long break, there is sure to be some rounding out and development to come. With that, here are some takeaways.

Surber nearly gets a top 10 upset

In a big opportunity Surber took on #10 Jaxon Smith of Maryland in the quarterfinals. Late in the third period and tied 1-1, Smith scored a takedown and Surber immediately reversed him to tie it up. However, Maryland challenged that the ref called the reversal too early. It was razor close, but the right call and overturned. That put Surber down 3-1 with short time. He managed to escape, but Smith was able to put on the skates and get the win.

Surber managed to wrestle back to make the podium, but had back to back ranked opponents medically forfeit. While Surber did get an impressive major decision over #20 Nick Stemmet of Stanford, it’s surely frustrating that he didn’t get an opportunity to do more.