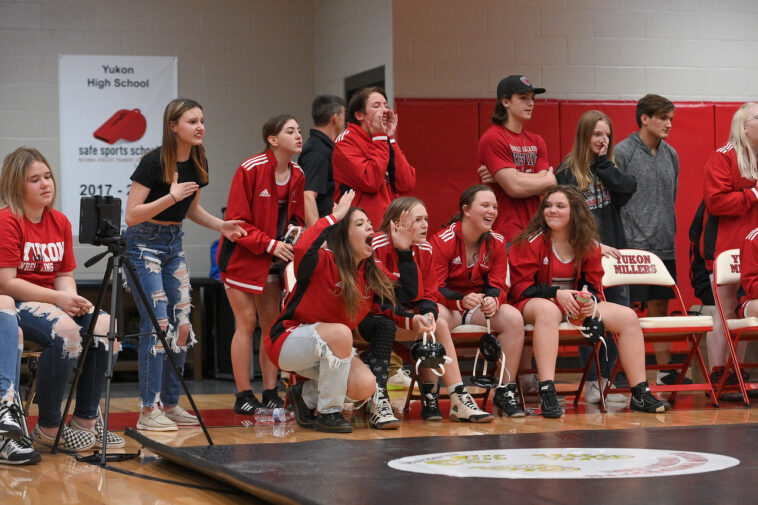 On Tuesday, December 6th, the OSSAA published a memo regarding the implementation of girls wrestling in the state. It reads as follows.

Implementation of Girls Wrestling: The OSSAA will continue to implement a transition period that will allow girls the option of participating on either the boy’s team or the girl’s team during the regular season. They may not represent both teams in any given competition. From the start of implementation, the girls MUST participate in girls’ postseason events. Girls competing in wrestling must represent their school as an individual or they may be on a school team. Girls’ practices may be
held separately from boys, or a combined team practice that includes both boys and girls may be chosen. How a school organizes practices will be controlled locally.

Contest Limits: The OSSAA will allow schools to have tournaments or dual meets that are boys-only girls-only, or both. If a school hosts a tournament or dual meet consisting of a boys’ division and a girls’ division, girls must choose one or the other. They may not compete in both. Girls-only regular season events will be considered for seeding purposes at the regional tournament and will count towards the individual’s 26-point season limitations. All two-day tournaments equal 3 points, all
one-day tournaments equal 2 points, and all dual meet competitions equal 1 point per dual.

Girls must follow all NFHS and OSSAA wrestling rules and policies to be eligible to compete except for weight classes. For girls’ tournaments or dual meets, the following weight classes must be used.

All female wrestlers must be certified prior to first competition (including opens) via OPC in Trackwrestling.com. Weight descent plans must be followed!

You can read see the direct release with points of contact for questions here.