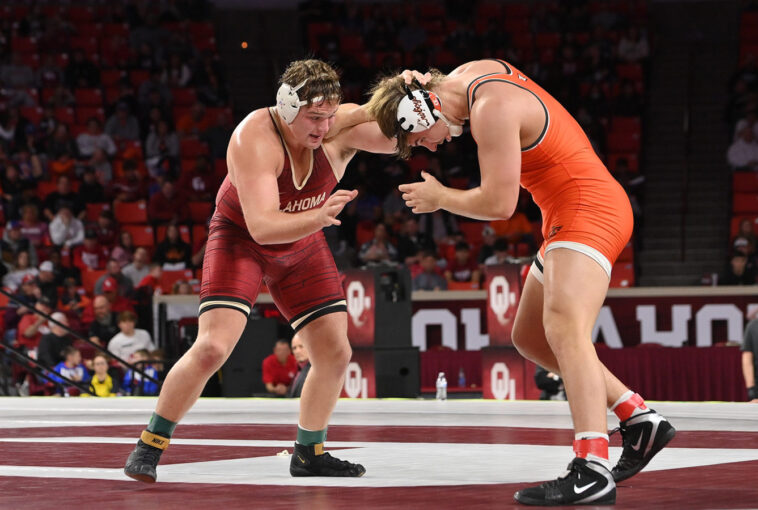 After another up and down season in 2022 for the Sooners, they head into the 2023 season with a mix of veterans and new faces. They could potentially have three new transfers in the lineup along with multiple freshmen coming off redshirt seasons. Last year, they had an 8-6 dual record, finished as Big 12 runner-ups, and finished 29th at NCAA’s. In conference, they had a 3-5 dual record with wins over South Dakota State, Northern Colorado, and West Virginia. They had a 2-4 record at home, 3-2 record away, and 3-0 in neutral location duals at the Virginia Duals.

This season, they have eight conference duals again and are ranked #20 in dual team rankings. North Dakota State is the only new opponent in the conference, replacing Northern Colorado. The Sooners lost their last matchup against the Bison 24-15 in the 2020 season, but both teams will be featuring almost entirely new lineups.

The Sooners have one of the harder conference schedules as seven of their duals are against preseason ranked opponents, including five of them ranked above OU.