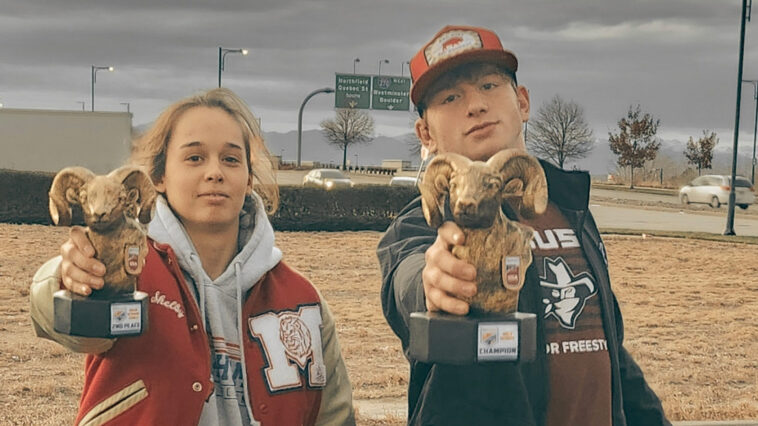 This past weekend, two Oklahomans competed in USA Wrestling’s Tour of America: King and Queen of the Mountain tournament in Denver, CO.  While the majority of the competition came from their home state of Colorado, there were some who ventured from across the country to join in on some additional competition outside of their regular opposition.

Shelby Kemp, weighing in at 136, was the lightest in her combined bracket of 136-142.  In her first match she faced off with Ryen Hickey, Colorado’s Mile High Wrestling Club, who was the heaviest of the weight class at 142.  Though out weighted, Kemp provided the longest match of the day for Hickey before she was pinned.  Kemp went on to pick-up pins against Camryn Scott, Colorado’s Chatfield West, and another pin against Cadie Percy, Colorado.

Payton Thomas, weighing in at 194.4, was also put into a combined bracket, 195-209 weight class.  Thomas collected pins from Donivin Rael and Cael Nordyke, both from Colorado before proceeding to the championship.   The championship was a long-fought battle against Colorado’s Wesley Reeves.  Both wrestlers worked all six minute of the match and left the mat congratulating each other on providing great competition.  Thomas finally completed the match winning with a 10-4 tech.