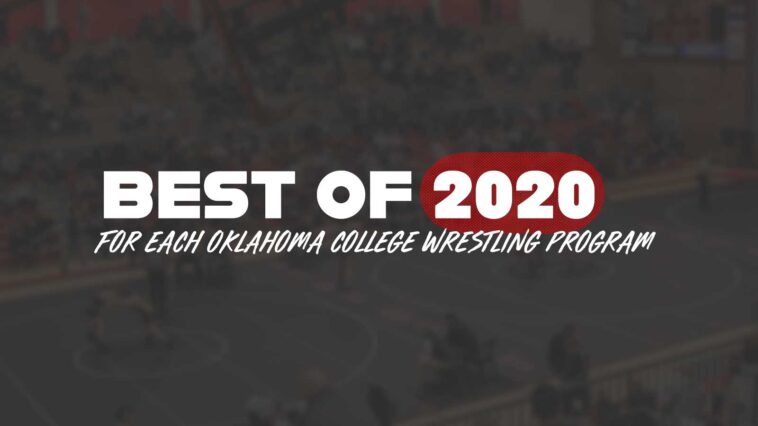 2020 has been a bit of a tough year on all of us, and it’s significantly impacted the wrestling world as well. The cancellation of the NCAA tournaments in Division one and two were unprecedented and something the sport hasn’t seen since World War 2.

With the end of the year, I thought I’d try and take a look at some of the biggest positives from each college wrestling program in the state of Oklahoma for 2020.

In the full article, we’ll go over:

Most of my Oklahoma State writing is focused over on Pistols Firing, but I couldn’t leave them out on this list here. The Cowboys tied a program record that was set from 1921-1928 with their eight straight conference crown last March at the Big 12 tournament. OSU’s consolation round on Sunday morning of the Big 12 tournament was easily their best session of wrestling in any recent memory. They went 9-0, separating themselves from second place Iowa State and locking down the team race before heading into the finals Sunday night. Days later it was announced that the NCAA tournament would be canceled, but Oklahoma State’s best performance of the season came in just before when the Cowboys brought home another Big 12 tournament trophy.

Unfortunately for the OCU Women, their NAIA National tournament was cancelled. Fortunately for the ladies, they still were able to get the Women’s College Wrestling Association tournament in and crowned one National Champion. Rachel Watters won the 155 pound title for the Stars and led them to a fifth place finish as four other ladies,  Nkechinyere Nwankwo-191, Sydney Freund-143, Destiny Lyng-136, and Mattison Parker-130, all became All-Americans.