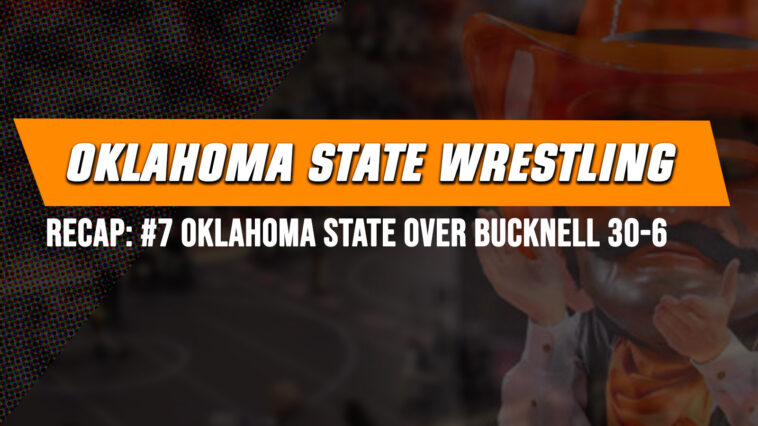 After winning eight matches against a ranked Lehigh team, Ok State took on a competitive Bucknell team and got another big win. This lineup was different at 157lbs with Luke Mechler getting an opportunity against a ranked opponent. In quite a few more matches than expected, the OSU wrestler was challenged. Here are some takeaways from another early season Cowboy win.

Troubles on bottom are still there

Daton Fix, Carter Young, and Luke Mechler all had issues getting out from bottom consistently tonight. While Fix never appeared to be in any serious danger, he was bellied out for quite a while. A common issue amongst Cowboy wrestlers last season, it’s something that some of the younger wrestlers need to improve on if they want to take a jump. Fix should be fine, but Young suffered a big upset. I think being unable to escape was a part of that.

He looked great at Lehigh against a higher ranked opponent, so it may be something that he won’t need to worry about in every match. Physically he looks bigger and clearly has more muscle mass than last season. However, his issues with getting escapes, being able to ride, and win in scrambles all showed up in this match.