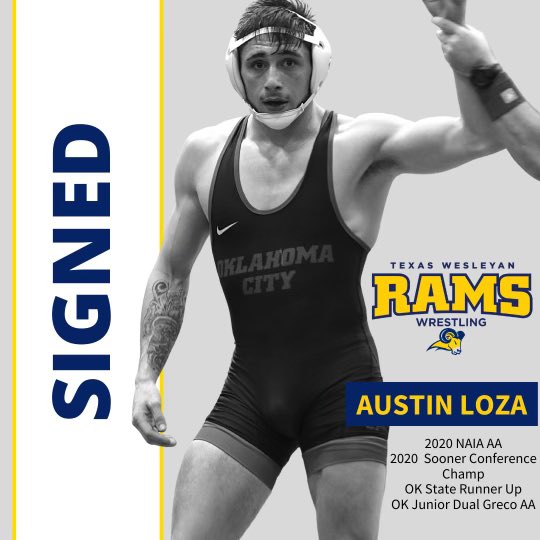 There have been some recent transfers related to OCU and one of the most significant ones was officially announced today.

Austin Loza, who was an All-American last year at OCU at 149 pounds will be transferring to the upstart Texas Wesleyan program. Texas Wesleyan will be in their second year of wrestling this season and are headed by Ray Bedford.

Loza was the Sooner Athletic Conference Champion last season and the Outstanding Wrestler of the Tournament. Loza will be a junior this season and is originally from Enid, OK. He was a state finalist for the Plainsmen.

Loza has also been in the Army National Guard for 4 years and serves as an 88M.