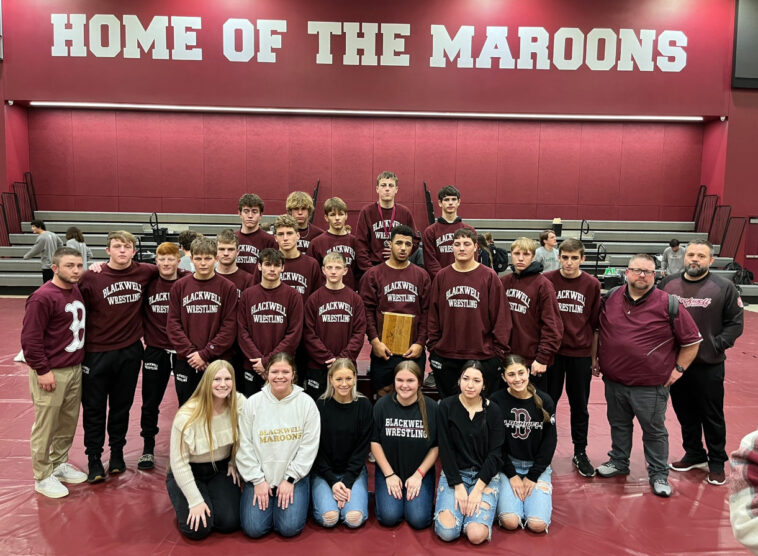 Blackwell wrestling made some history this Saturday taking home their first-ever Perry Tournament team title in the new Perry Maroon Athletic Center. The Maroons had five finalists and one champion with Kruz Goff, who took home the 195-pound title with a 9-1 major decision over Alex Wilson of Yukon in the finals.

Other notable results throughout the tournament included the Westmoore lower weights taking home titles at 106 and 120 with freshman Eric Casula continuing to impress at 106 and Devon Miller winning the 120-pound title with a sudden victory win over Cameron Kiser in a matchup of two of the top 120 pound 6A wrestlers in the state.

Yukon’s middleweights won back-to-back titles at 138 and 144 and EJ Grant of Pryor won his third tournament of the season at 157 with a wild comeback win on a last-second reversal over Westmoore’s Ethan Day. Holden Martin knocked off 3A State Champion Kaleb Owen at 170 and Ponca City’s Gabe Roland picked up a fall over Carston Mower in the finals at 215 in one of the tougher weights in the tournament.

You can watch video interviews with most of the tournament champions here on our Rokfin page.

Complete results can be found over at our tournament results page at the link below.