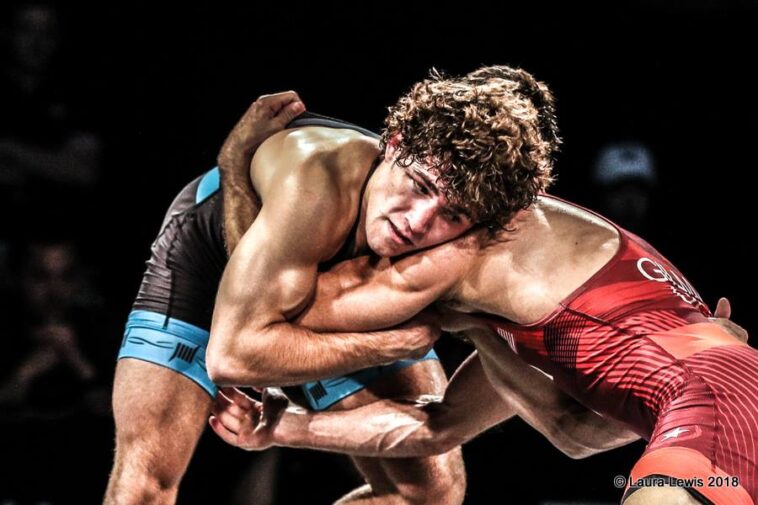 Wrestling can save the world. Picture what this means within the contour of your own mind, and follow me as I work through this…

Community in wrestling has long been an area of intrigue for me. Wrestling is easily recognized as an individual sport. However, the closeness apparent in the wrestling community is beyond anything I have seen in the athletic arena. What’s more is that the way in which this community reveals itself is a metaphor for life. That is, life is dependent on the individual living it. However, in the midst of this individual venture is the building of a community.

I think a part of this peculiar unfolding has to do with the feature of shared experience. In short, there’s a sense in which we are drawn to one another when it comes to an experience that is mutual or shared. This is true as it pertains to both success and difficulty. As much as we enjoy the experience of individual success, for example, we also enjoy the ability to share the experience with others. And as much as we have a tendency to distance (or isolate) ourselves in times of difficulty, we also appreciate it when we encounter others who have gone through the same circumstance or something similar. So, it’s probably fair to say that part of a wrestler’s strong sense of community has to do with awareness of what they and their counterparts have gone through: the physical, mental and emotional trials that are unavoidable in the midst of the wrestling season. To know another wrestler is to know that, on some level, they have gone through a somewhat mutual experience. Truth be told, wrestling wouldn’t be the same without the strong community that comes along with it.

Now, community lends to unity, or at least it should. And wrestling is a great unifier. One reason for this is that wrestling doesn’t discriminate. It has no regard for race, ethnicity, social status or politics. If you work hard, if you commit yourself to the sport, if you strive toward its betterment, then the sport and its people will embrace you.

To be more specific, it’s not that the sport itself unifies; it’s that the experience of the sport unifies. There’s something about the experience of wrestling that connects to the core of our being. It’s primitive, real and foundational to the human response to life. Not all can relate to the life of a competitor on the mat; but virtually all can relate to the life of one who wrestles with life: whose struggles are daily despite size or severity, and where the struggle has no regard for race, ethnicity, social status or politics. Of course these things can deliver difficulty, but struggle in and of itself is arbitrary. It doesn’t care who you are or your position in life.

Allow me to share a brief story to bring this all together.

In 2017, The World Cup was held in Iran. This initially delivered some unrest for American wrestlers as it was during a time in which Iran and the United States were at odds with one another, and had been for years. There were immediate questions of safety. Would the American wrestlers be entering into a dangerous atmosphere? Was the animosity steeped in the culture? Did the Iranian government’s enmity and conflict with the United States trickle down to its people?

In addition to political issues, Iran has a way of allowing their love of sports to be intertwined with their national identity. And in Iran, wrestling accounts for a great deal of the focus of this love and identity. As a result, the country has (for years) produced some of the best wrestlers and teams in the world.

When Team USA stepped off the plane and into the Iranian airport, they were shocked to receive a far different greeting than anticipated. Iranian fans were lined up around the airport to greet the US wrestlers, and especially their hero: Jordan Burroughs. Jordan was a multi-time world champion. His international success had captured the attention of fans from every part of the world. And to his surprise, some of his biggest fans were actually in Iran. They cheered for him and greeted him by name.

The finals of the World Cup saw the United States and Iran face off. And while Iran squeaked by with a narrow victory, the frustration was short-lived as the Iranian people continued in their love and support of the US wrestlers. Some even showered Jordan with gifts to take home to his family.

So, I envision a time when wrestling saves the world. Perhaps it sounds ludicrous; but it’s not necessarily as utopian as you might think. It’s not like John Lennon’s “imagine”. It’s real. It doesn’t ignore the pitfalls of life. Instead, it brings us together as we face them head-on.