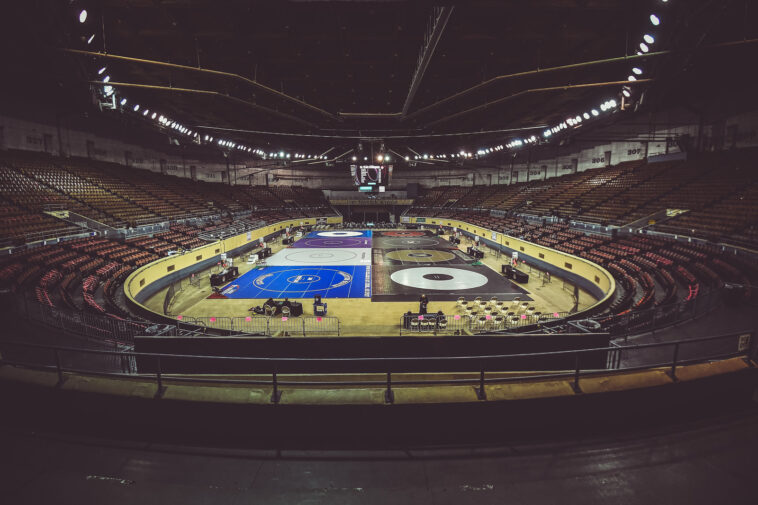 The OSSAA announced on Monday that Wes Ruth has been named the Assistant Director of the OSSAA. His responsibilities will include providing leadership to and the coordination of OSSAA Wrestling, among other sports.

(Oklahoma City, OK) The Oklahoma Secondary School Activities Association is excited to announce the hiring of Wes Ruth and Mike Clark as Assistant Directors. They will replace Todd Goolsby, who will become the Newcastle Athletic Director after seven years at the OSSAA. Ruth’s responsibilities will include providing leadership to and the coordination of OSSAA Wrestling, Soccer, and Volleyball as well as other administrative responsibilities. He comes to the OSSAA from Piedmont High School
where he has served as an Assistant Principal for two years. Ruth has a total of 14 years in education with stops at Deer Creek, Del City, and Piedmont where he has been a teacher, wrestling coach, and administrator. He has also served on the board of directors for the Oklahoma Wrestling Coaches Association.

Clark will be involved with OSSAA Fast-Pitch Softball, Slow-Pitch Softball, and Academic Bowl. In addition, he will also take on some other administrative tasks for the Association. Clark is no stranger to the OSSAA as he was the Director of Wrestling, Volleyball, Soccer, and Academic Bowl from 2009 to 2015. During that time Clark also served on the NFHS National Rule Committees for both wrestling and soccer. For the last six years, Clark has been the District Athletic Director at Yukon. Clark has also had stops at Westmoore, Harrah, Midwest City, Mustang, and the Mid-Del School Districts.

“Our entire Association will benefit from bringing in these two quality individuals,” Executive Director David Jackson said. “Both of these gentlemen are born leaders and will bring new ideas to their positions. We have been fortunate to have Todd Goolsby in our office for the last seven years and we hate to see him leave. Wes and Mike will bring the same enthusiasm and professionalism to working with our schools and students as Todd did.” Ruth and his wife, Kera, have a 1-year-old daughter, Sloan, while Wes is also the stepdad to Kera’s 9-year-old daughter, Pressley Caldwell. Clark and his wife of 40 years, Trisha, have three daughters (Kaycee, Courtni, and Karis) and three grandchildren. Employment for both begins on July 1, 2022.