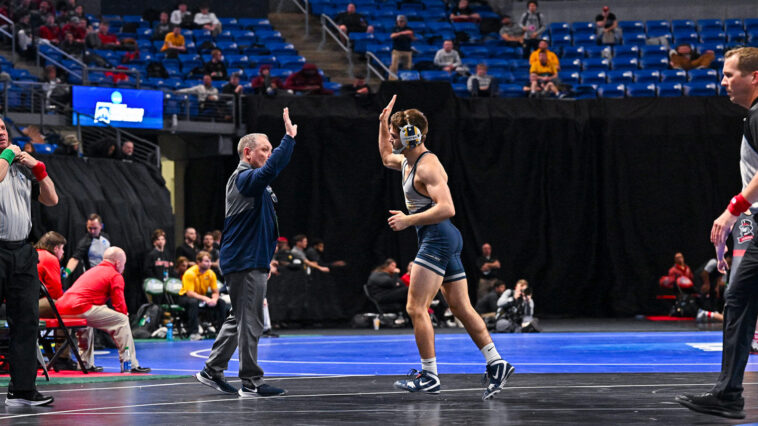 Gray claimed his second straight championship at 184 pounds and Abney took the crown at 197. The No. 2-ranked Bronchos ended with 86 points for their best national finish since 2007 and the ninth runner-up showing in program history to go along with 15 titles.

UCO ended with six All-Americans, the most since having the same number in 2013. Paxton Rosen finished fourth at 125 pounds, 149 Brik Filippo took fifth and 174 Alex Kauffman and Hvy Shawn Streck both placed sixth.

“Heath and Dalton both wrestled great and deserve to be national champions,” head coach Todd Steidley said. “They prepared hard all season for this moment. Their dedication and focus paid off tonight.”

“We’re disappointed that we didn’t get the trophy that we wanted to, but this was still a great season. I’m really proud of our guys for how hard they worked and all they accomplished. We’re determined to get this program back where it belongs and this is another step in the process.”

Gray downed West Liberty’s Connor Craig in the finals for the second straight time, winning 4-3 this time after beating the 2019 champion 3-2 last year.

The senior star had a first-period takedown and third-period reverse while giving up three escapes in capping off a 16-1 season. He became the 11th four-time All-American and 17th two-time national champion in school history while finishing a phenomenal 94-4 for his UCO career.