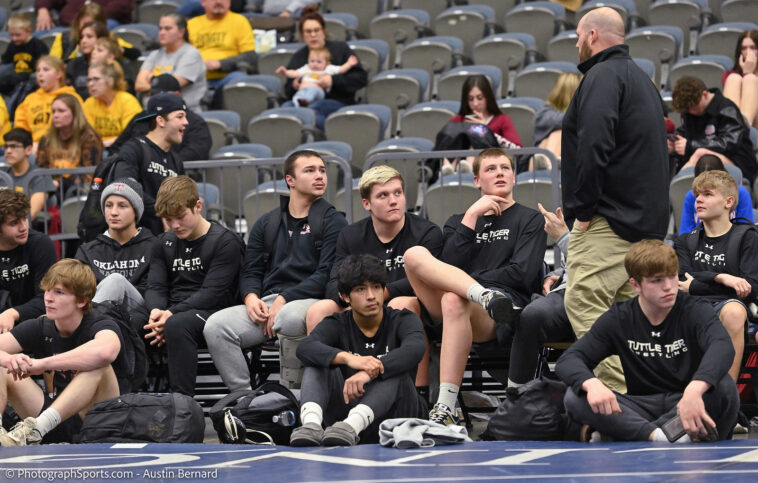 New coach, new staff, same result. Tuttle is a dominant force in 4A that seemingly no other program can contend with right now.

They crowned six tournament champions and won the team title by 133 points! Though the team champion was never really in doubt, Heritage Hall, Bridge Creek, Skiatook, and Catoosa all fought it out in a tight race for second.

Heritage Hall ultimately outdistanced the rest of the field in that battle for second place and brought home a team trophy.

They only had five wrestlers in the tournament, but won titles at 152, 160, and 182, while finishing third at 138 to give them enough to sneak up and grab a second-place finish.

We talked to Matt Surber about his transition away from coaching and what that’s been like and also conducted interviews with a few other state champions and placers including Outstanding Wrestler KJ Evans.