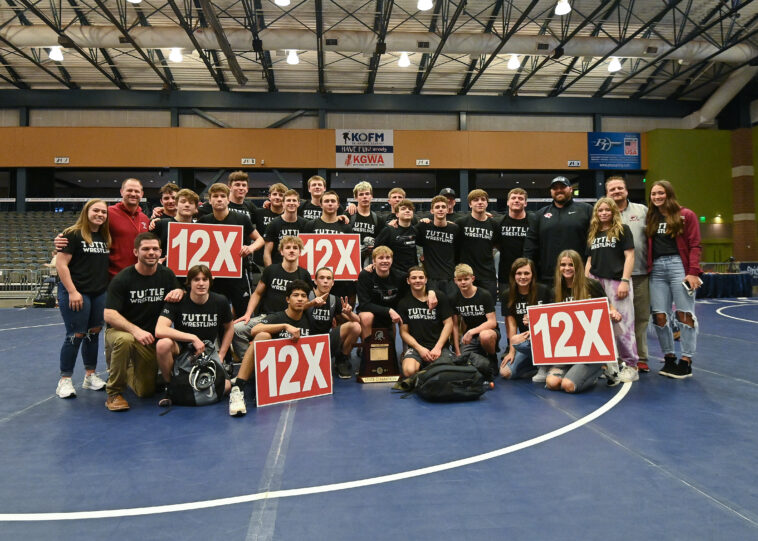 Tuttle was the next to claim a championship as the Tigers rolled to their state-record 12th straight Dual State title with a 52-15 win over Cushing. Tuttle opened the tournament with a bye then dismantled Elgin 80-0 to move into the finals (Wagoner had previously withdrawn from the tournament, resulting in rebracketing and the bye). The 80 points set a new record for most points scored in the semifinals. Cushing moved into the finals for the 2nd straight year with a 64-6 win over Bristow and a 54-25 semifinal win over Blanchard.

At 182, Tuttle’s state runner-up Sam Schmidt picked up a 4-2 win over 3rd place finisher William Simpson. Tuttle’s Braden Potts, Ashton Grounds, Bryce Dauphin, Chance Cobb and Parrish Terry all won by fall, with Harley Andrews picking up a win by forfeit to give the Tigers the 52-15 win and the Dual State title.