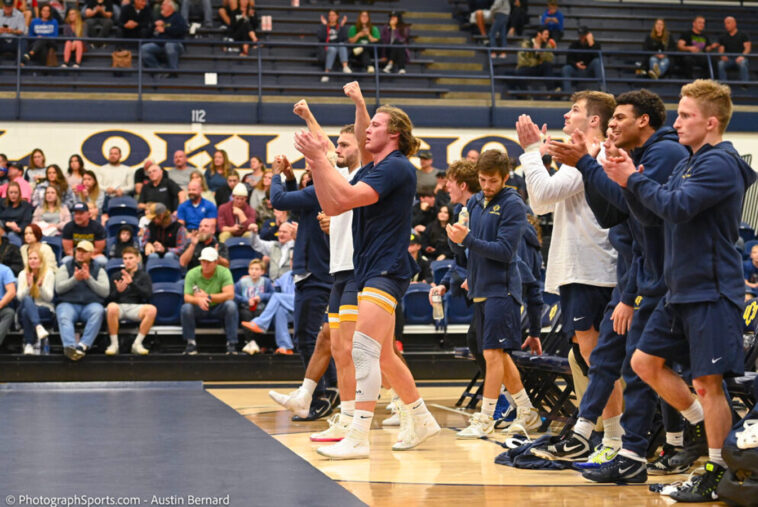 Hunter Jump’s upset at 165 pounds highlighted UCO’s fourth shutout of the season. The 11th-ranked Jump knocked off No. 5 Kameron Frame 6-5 in the only close match of the day.

Von Gray (141), Tre’Vaughn Craig (174) and Dalton Abney (197) all earned bonus points, while 149 Brik Filippo and 157 Ty Lucas won decisions. The Bronchos also picked up forfeits at three weights and no match was wrestled at 125 as both teams were open.

“It wasn’t real pretty, but one of our goals coming into the season was to win all our duals and that’s a tremendous accomplishment,” head coach Todd Steidley said. “We had a patch-work lineup because of some injuries and I was proud of how hard the guys wrestled today.”

Gray got Central going with a 15-0 technical fall in the first match at 141, collecting three near-falls, a takedown and a reverse in ending the match a minute into the second period.