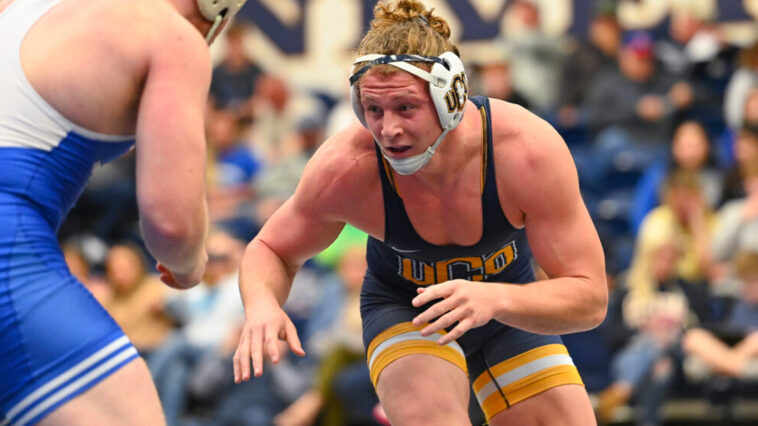 Top-ranked Central Oklahoma wraps up its first-semester schedule this weekend when the Bronchos make the long trek to Indianapolis, Ind. for the 42nd Midwest Classic, the premiere NCAA Division II tournament of the regular season.

A staggering 45 teams are scheduled to compete in the two-day event at Nicoson Hall on the University of Indianapolis campus, including 17 of the top-25 teams from the latest Division II rankings. First-round action begins at 10 a.m. Saturday and runs all day, then resumes at 10 a.m. Sunday.

The tournament will also feature 62 individuals ranked in the top 10 at their respective weight.

“This is an outstanding tournament with a lot of great teams and individuals,” head coach Todd Steidley said. “The best part for us is we’ll get to see a lot of guys from around the country that we don’t normally get to compete against.

“There will be a lot of big individual matches for us that will have an impact at the end of the season when we’re looking at the seedings for the regional and national tournaments.”

UCO will be favored in the team race, with four other top-10 teams — No. 5 Lindenwood, No. 6 McKendree, No. 8 Ashland and No. 9 Wisconsin-Parkside — expected to be the main challengers.