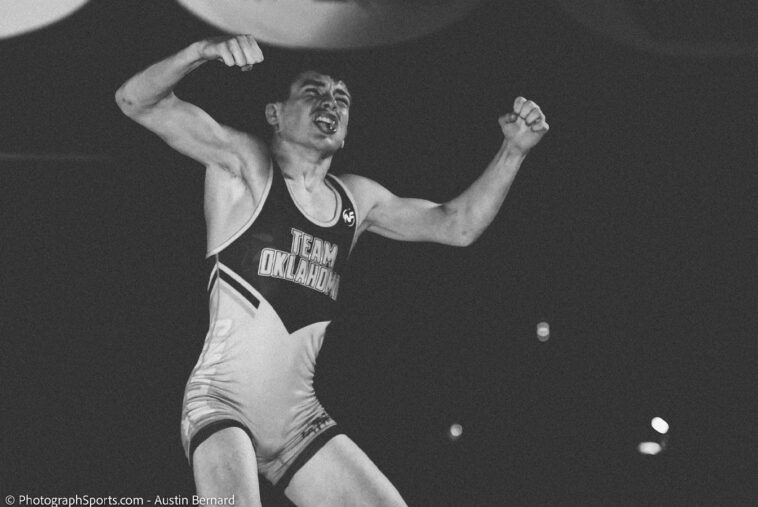 If the saying “Summer Wrestling Makes Winter Champions” is true, then a record number of Oklahoma wrestlers are set for big things this winter!  Competing recently at “Fargo”, officially known as the 2021 US Marine Corps 16U and Junior National, Team Oklahoma crowned three national champions and earned 18 All-American honors in the most prestigious tournament of the year.

Team Oklahoma was represented by an incredible 167 wrestlers competing in this summertime classic.  Many of the wrestlers doubled up by competing in both the freestyle and Greco tournaments as Team Oklahoma had a total of 233 entries in the week-long tournament.  Not only was this a record number of entries from Oklahoma, the total number of entries set a tournament record.  The previous record was 5,374 in 2019, but this year an astounding 5,900 wrestlers competed for the coveted “stop sign.”

Listed below are the dedicated and committed wrestlers from Oklahoma that competed in the tournament.